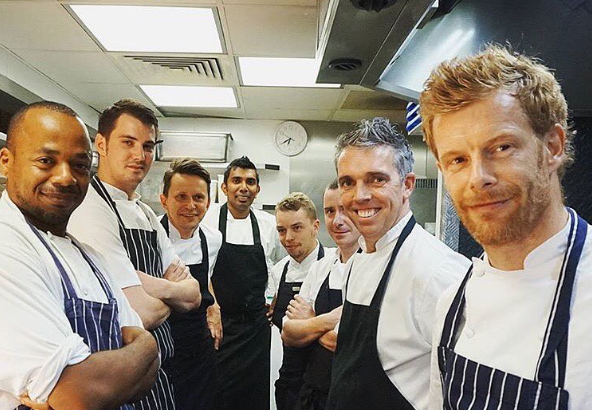 Chef sends his number one guy for one-off

In the interests of excess we've never let a good deal get in the way of our eating, but Michelin-starred chef Tom Aikens (far right) has appealed to both our wallets and our appetites in one culinary fell swoop.

To celebrate the arrival of the award-winning chef's Tom’s Kitchen in the Mailbox later this year — Aikens first branch of his restaurant-cum-bar-cum-deli outside the capital — he's sending his executive chef, Richard O’Connell (second from right), to cook for just 20 Brummies. Check your diary. It's Saturday 22nd October.

Taking place in the Mailbox's Kitchen Gallery’s showroom (so it'll have more than a little luxury to it) O'Connell will cook up dishes from the menu that will be available at Tom’s Kitchen when it opens. So, mildly interesting fact, kitchen showrooms have working hobs. Who knew? 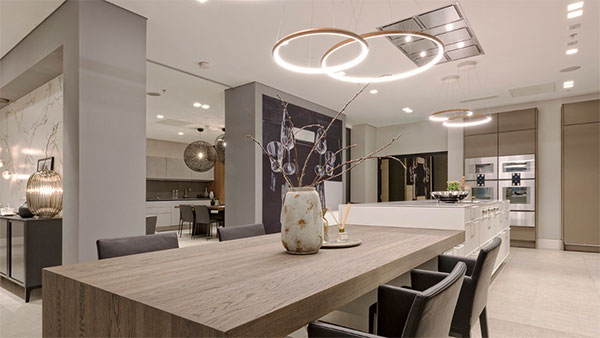 The event is part of The Mailbox's Mailbox Sessions, a series of events taking place throughout the luxury shopping destination in October.

And that "good deal" we were blithering on about? It's £20 per guest (plus VAT) and each guest will receive a £20 voucher to be redeemed at Tom's Kitchen from January to April 2017. So, sort of free then, yeah? Tickets