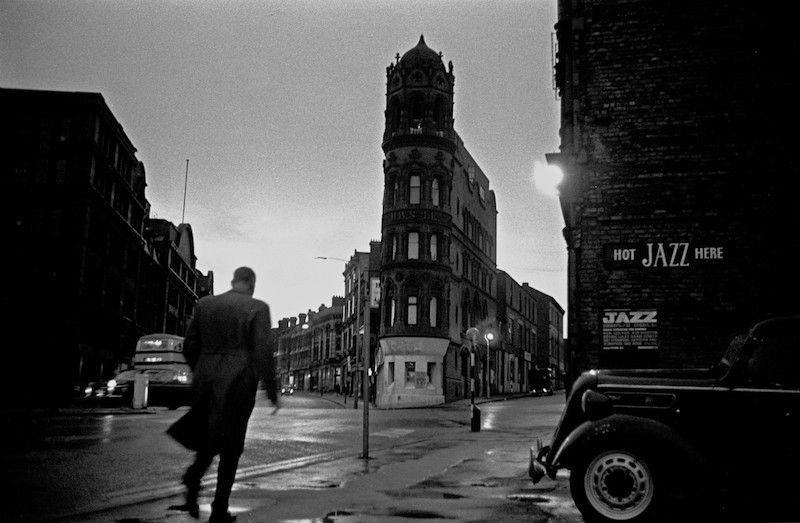 Turns out 1968 was one helluva year for Birmingham

From a vicar-made bikers cafe in a Digbeth church to a psychedelic club above a furniture shop, to big important moments like Enoch Powell's core-chilling 'Rivers of Blood' speech, 1968 was a busy old year for Brum. It's almost as if someone should write a book about it. This Way to the Revolution by Flatpack director, Ian Francis, and a raft of volunteers, is published next week. Here's a massively word count constrained preview of just five moments from the beaut of a book. 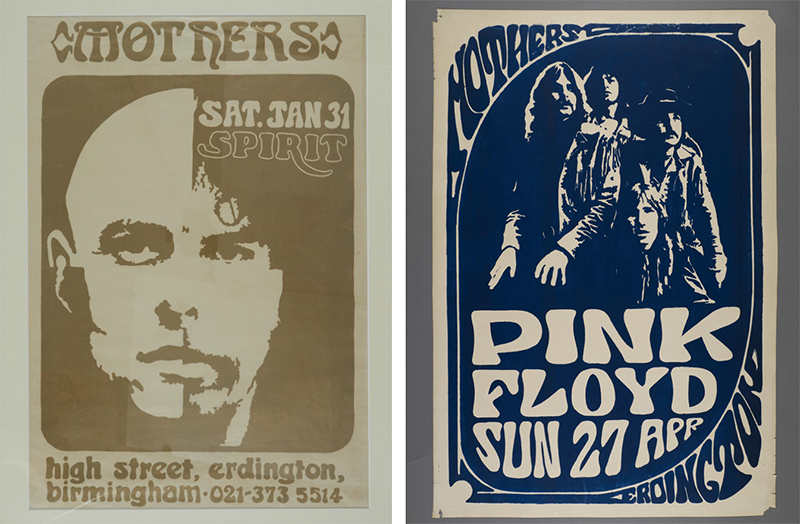 THE CLUB: MOTHERS, ERDINGTON
Furniture outlets, gentleman’s tailors, and internationally renowned rock venues don't typically occupy the same building. But from 1968 to 1971 an unassuming, box-like structure on Erdington High Street contained all three. If by day you could visit the ground floor to buy a dinner table from Dale Forty, or a waistcoat from Brooks Bros., by night, one storey up, you could see the likes of Pink Floyd, Fleetwood Mac or The Who. The retail space exists today as a supermarket, and it is easy to miss the blue plaque that was unveiled in 2013 to commemorate the club that existed above. Ask anyone who went there, though, and you'll hear the same response – Mothers, as it was then known, was the best music venue in the world. This isn’t hyperbole; Billboard Magazine gave it that very accolade in both 1969 and 1970. 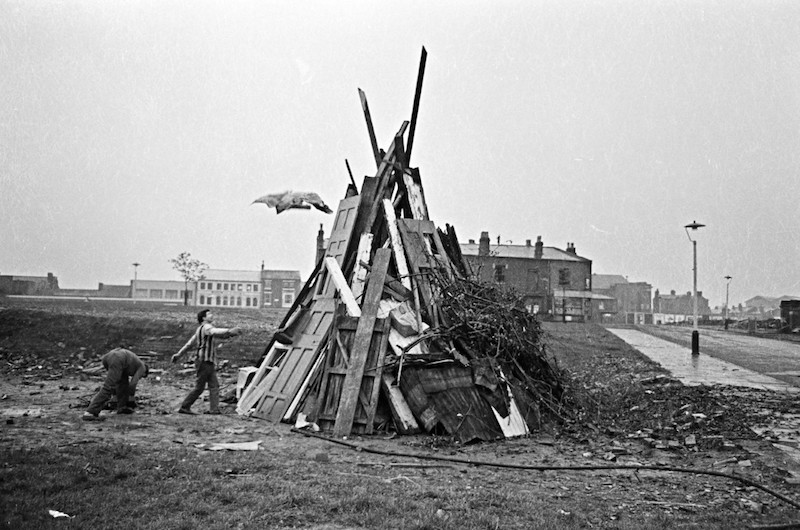 THE CENTRE OF THE REVOLUTION: BALSALL HEATH
A sixties magnet for journalists, photographers and social workers thanks to its notoriety as a red light district and multicultural halfway house, American student Janet Mendelsohn documented the forgotten shops, people and even bomb-sites of Balsall Heath — including this patch alongside the Moseley Road, where kids would jealously guard bonfires.

In contrast with the ground zero approach found in Ladywood and other parts of the city, redevelopment was being deployed in a much more targeted way here. By 1968 a good deal of Varna Road had been demolished, less because of the poor quality of its large Victorian houses than because they were renowned for hosting the area's prostitutes. Mendelsohn's project was to dig behind the media narrative, humanising lives that had become caricatures of vice and poverty. 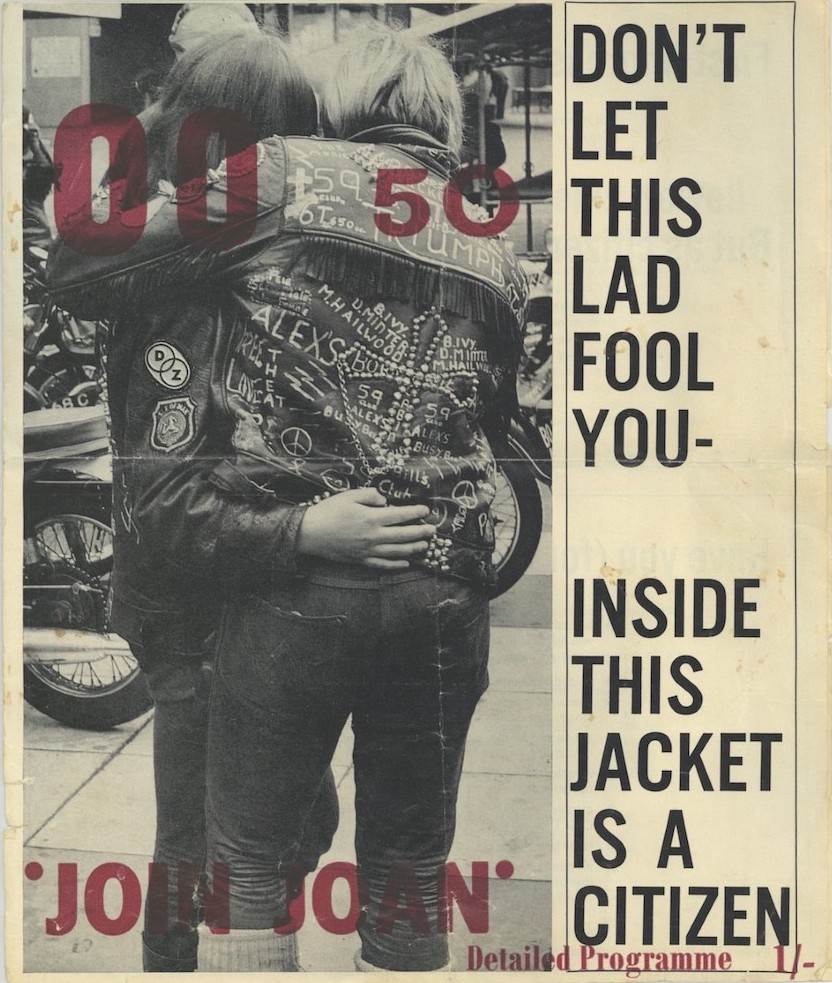 THE BIKERS CAFE, DIGBETH
By the 1960s most of Digbeth's cramped, dilapidated back-to-back housing had been demolished, with a tiny residential population left behind and the local parish church looking increasingly isolated. In 1965 there was talk of closing down St Basil's for good, until an unlikely youth work project came along and transformed it into the focal point of the biker scene. In his ordained role as 'Chaplain for the Unattached', David Collyer worked with a range of youth subcultures across the city.

After a fairly fruitless period hanging out with beatniks and Mods, Collyer began to make contact with the bikers on the fringes of the city's growing Rocker scene. Viewed as grubby wasters, bringers of noise, fumes and aggro, there were few places where the bikers could gather. Until the Bishop of Birmingham lent the group — self-titled Double Zero ("because we're worth less than nothing") — St Basil's church. Quickly becoming a dedicated coffee bar and club, complete with jukebox, lounge and gym, the bike-filled space offered inclusion rather than evangelism, and the need for plenty of fundraising. When the space closed in 1971, it went on to become St Basil's youth homelessness charity — still super active in the city today. 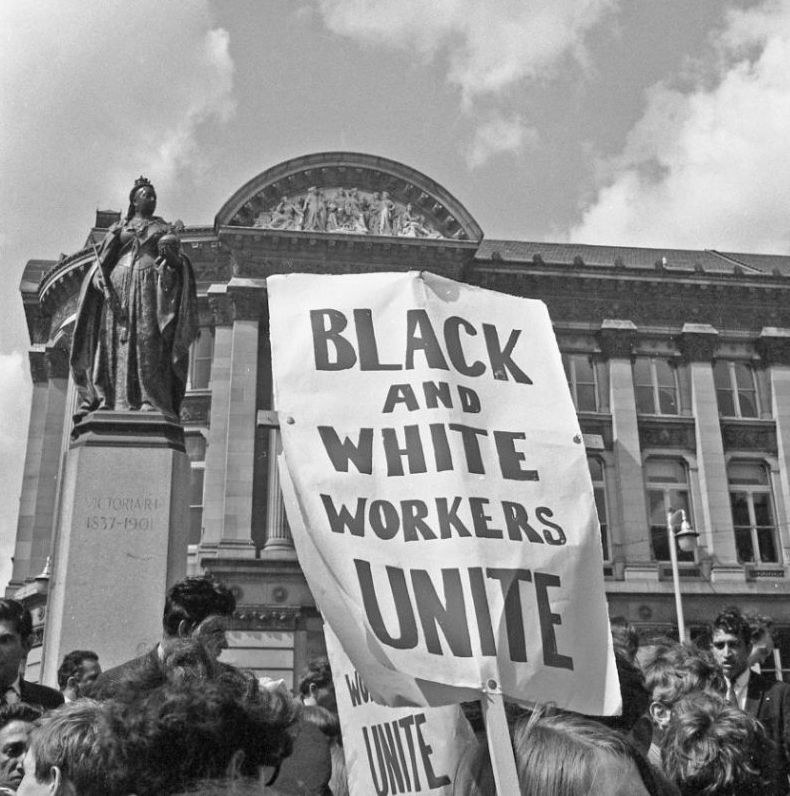 A CITY IN PROTEST
Just over a fortnight after Enoch Powell's 'Rivers of Blood' speech, delivered at the Midland (now Burlington) Hotel on New Street, demonstrators filled Victoria Square, in anticipation of a visit from Prime Minister, Harold Wilson. There were an eclectic array of placards on display: students in donkey-jackets proclaimed 'Yankee Aggressors Out of Vietnam' and 'Wilson is an Optical Illusion'; smarter and more orderly, a large group of Indian and Pakistani workers carried signs reading 'Black and White Unite and Fight' and 'Prosecute Fascist Powell'; bringing up the rear, a group of dancing, singing African protestors attacked the 'Nigerian genocide' in Biafra. Add into the mix a large crowd of curious onlookers, from school kids to old ladies, and on Galloways Corner at the top of the square a pocket of fascists chanting "Send 'em back!" and you're starting to get a window into the cultural mix of Birmingham on May 5, 1968. 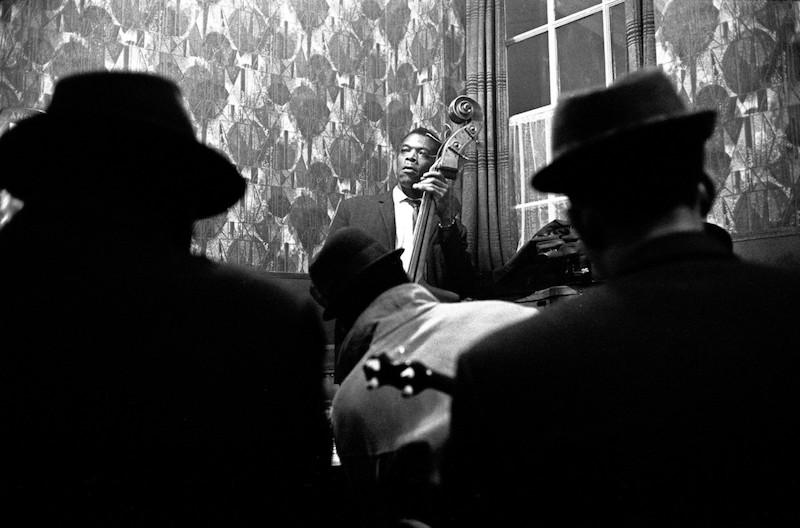 THE INNER RING: BIRMINGHAM'S LIGHT AND SHADE
Though best known for the photographs he took documenting the slums of the Sixties, Birmingham College of Art graduate, Nick Hedges, also recorded happier scenes from the changing face of Brum — like a Caribbean jazz quartet at the Cross Guns pub in Handsworth and the stunning shot of Constitution Hill (pictured, top).

The number eight inner circle bus route became an essential tool for Hedges on his voyage of discovery. Ladywood, Hockley, Aston, Saltley, Sparkbrook, Balsall Heath and Newtown were regular spots and snooker halls, tower blocks and Blues matches typical subjects — if life was happening in a place, Hedges wanted to be there.

Now based in Shrewsbury, Hedges captured a moment in Birmingham that ten years earlier, was locked in a post-war freeze and ten years later, was largely to have vanished. Vanished but for the records he and fellow documenters kept, now brought together in that handy book we mentioned.

This Way to the Revolution launches at Ikon on Tuesday (Dec 10). Published on Dec 12, pre-order a copy (£15.99) here. Enter ICHOOSE in the discount code box during checkout to get a 10% discount (until Dec 31).