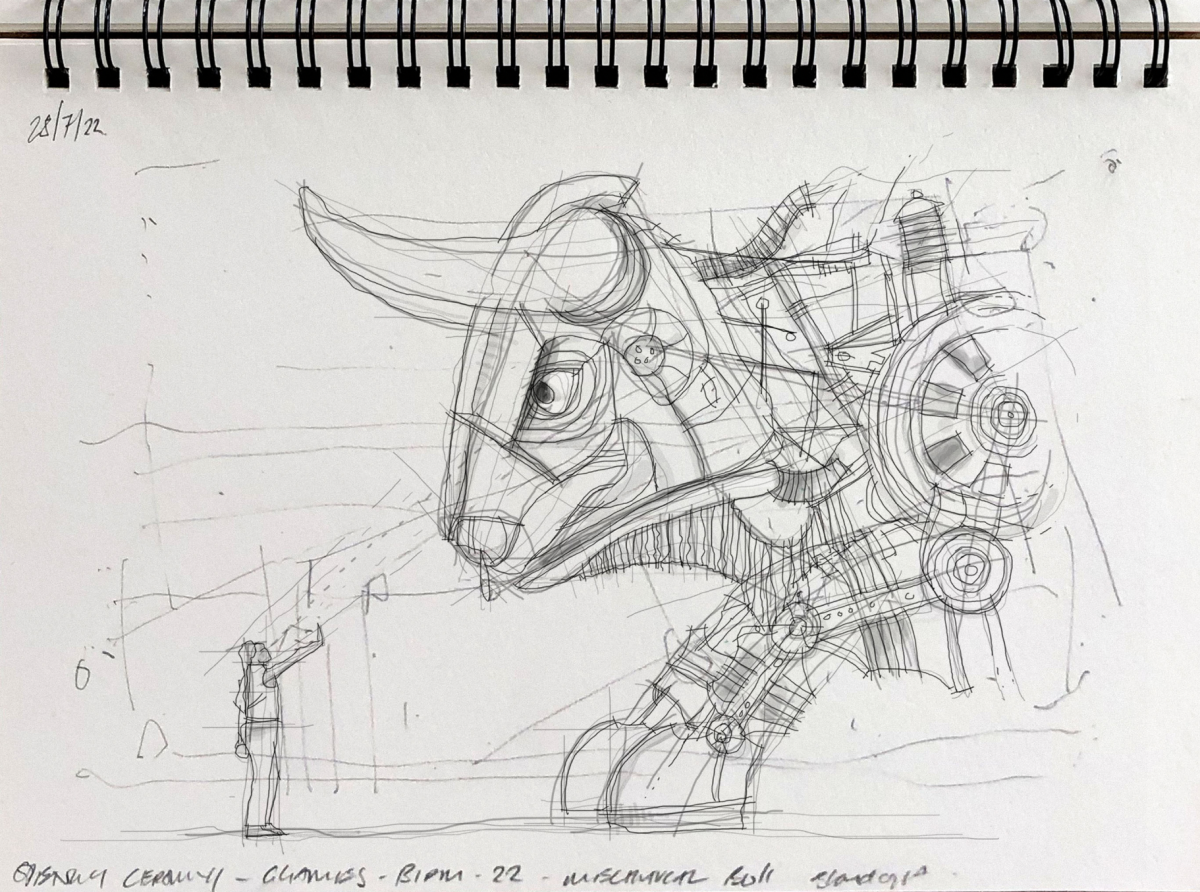 A professional illustrator and proud Brummie has released three incredible sketches of The Bull With No Name and they're yours for £45, total.

"I thought it would be really nice to capture parts of the opening ceremony in my sketchbook," said The Urban Giant (real name Marc Turley). "The Mechanical Bull was an instant hit as a subject to draw. The movement, the materiality, the patina, the design and overall scale of the Bull was just so mesmerising to watch."

So he got to work, initially starting with two quick hand sketches using pencils and inks drawn on to A5 Moleskine sketch paper. The first two sketches were preparatory work to support the final illustration. His first pencil to paper was this cracker which shows the head on view of the Bull entering the stadium, while the second (above) features the view of the choreographer halting the bull, capturing the scale of the beast. 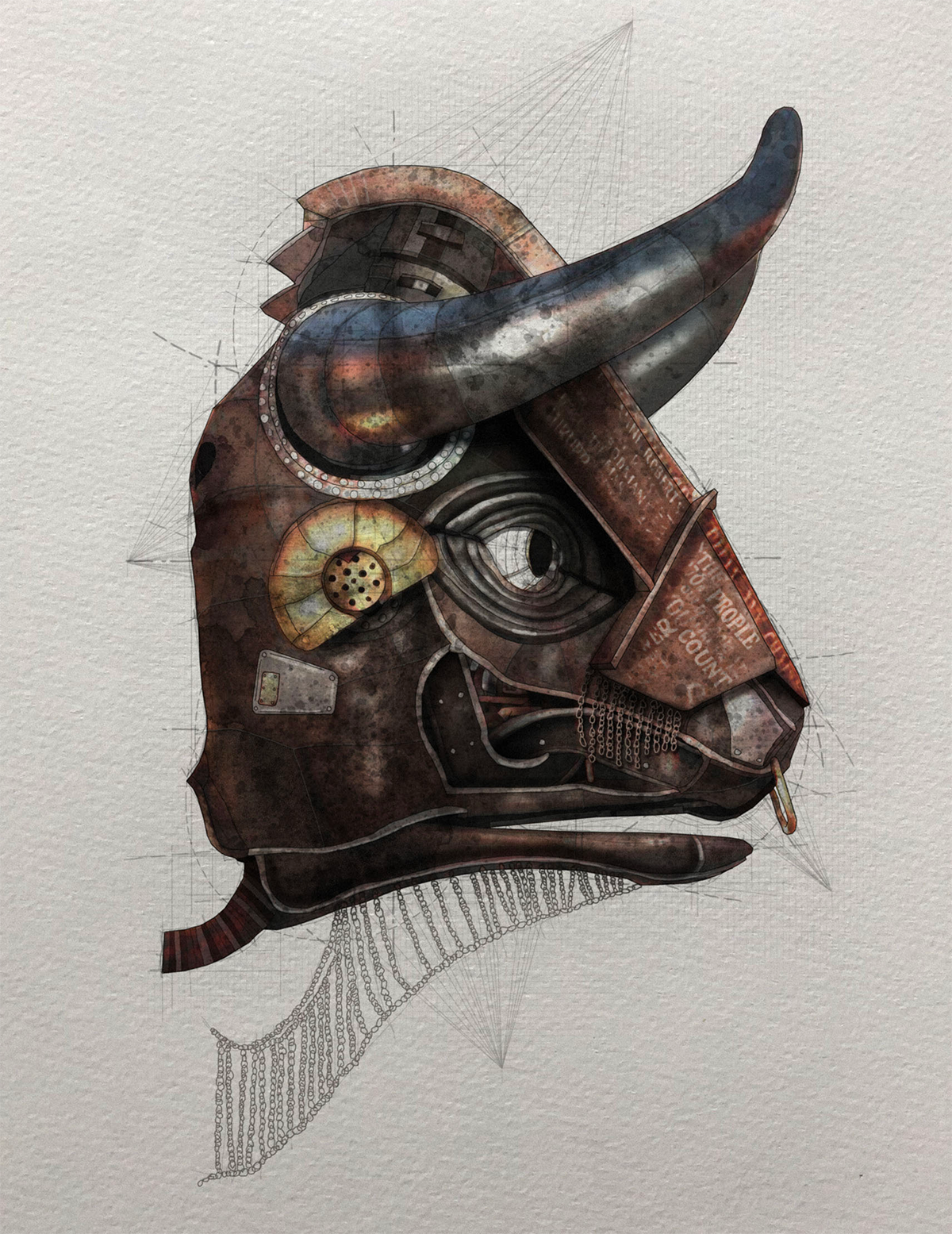 "Both images were really strong subject material and enabled me to start thinking about a final photo realistic hand-drawn piece." The main technical illustration (above) was 18 hour’s of work and was drawn A4 size on an old style drawing board.

"I used an etched bleed proof paper and a mixture of pencil, ink, watercolour, markers, acrylic and airbrush. Having initially been an architect, I use technical hand drawing techniques in my work and include as much detail and precision to ensure accuracy and photorealism. I was originally going to keep them in my sketchbook but it was my wife’s idea to sell them as prints as they capture so much about the games and Birmingham."