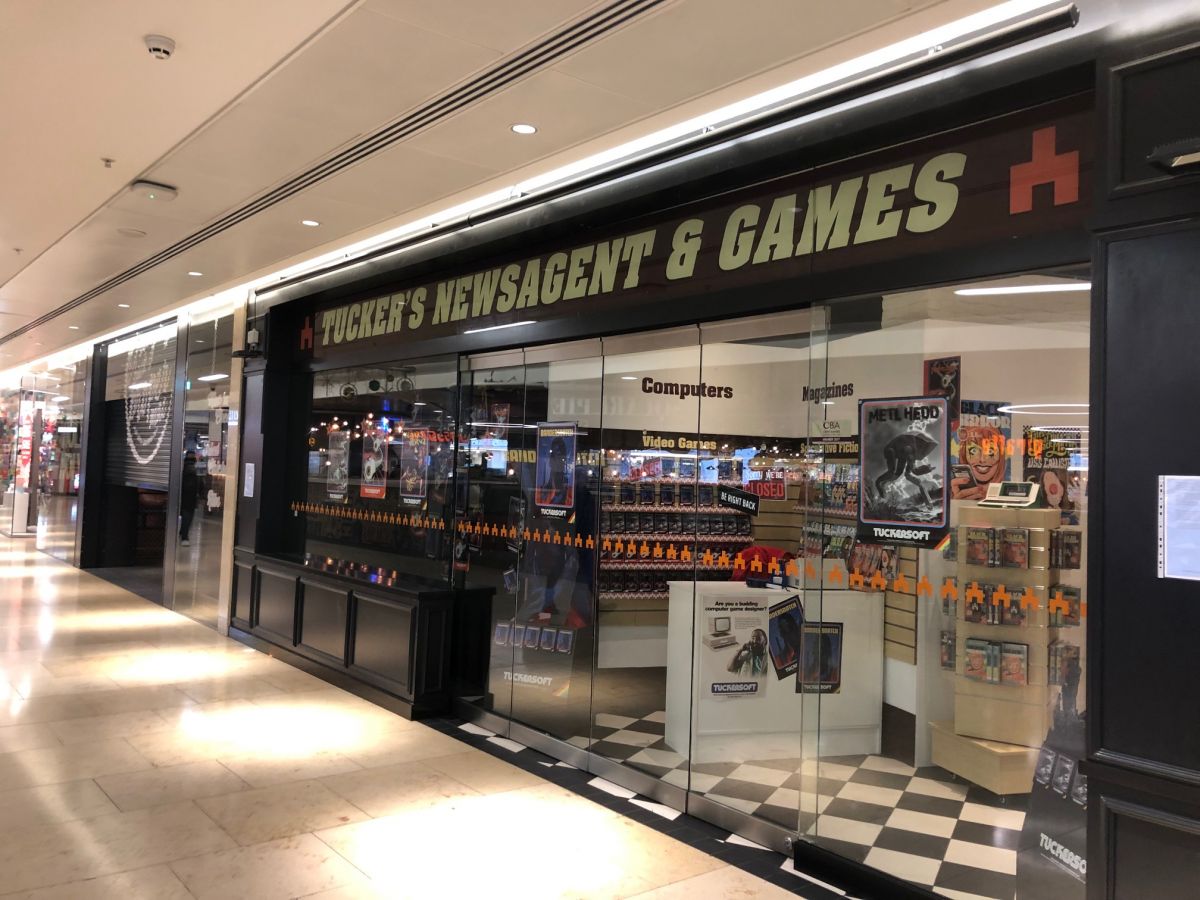 In a natty PR stunt a Tuckersoft video games and paraphernalia store has (not) opened in Birmingham's Grand Central shopping centre, above New Street Station.

Tuckersoft, for the unintiated, is the fictional video game developer that appeared in Bandersnatch on Netflix over the Christmas period. Bandersnatch is part of the Black Mirror series of dark sci-fi one-offs created by Charlie Brooker. 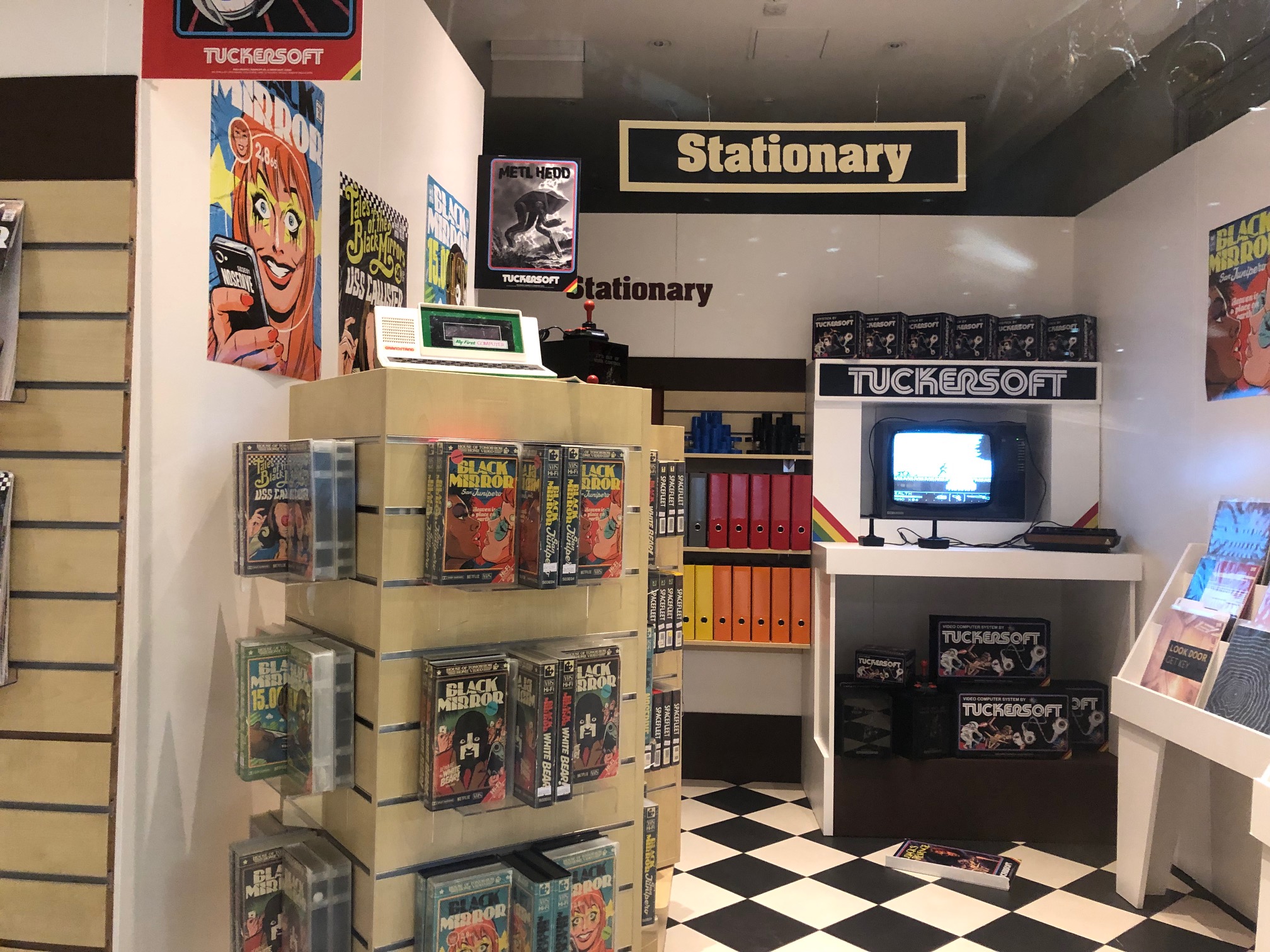 The episode is about the dark and tricky adaptation of a fictional book called Bandersnatch (written by fictional author Jerome F Davies) into a video game by a group of software developers back in the 80s. There are several different endings and paths for the viewer to choose using the remote control's left, right and select buttons.

Doors are locked to the store that appeared over night and is sandwiched between a Nando's and Holy Moly Macaroni. Peeking inside you can make out what appears to be a retro Atari 2600 playing an 80s platform game at the back of the store.

A stand of Black Mirror videos in VHS format sits opposite a row of vinyl LPs, one of which is called Lock Door, Get Key, another fictional title from Bandersnatch. Kajagoogoo also appear. The Tuckersoft logo features throughout. 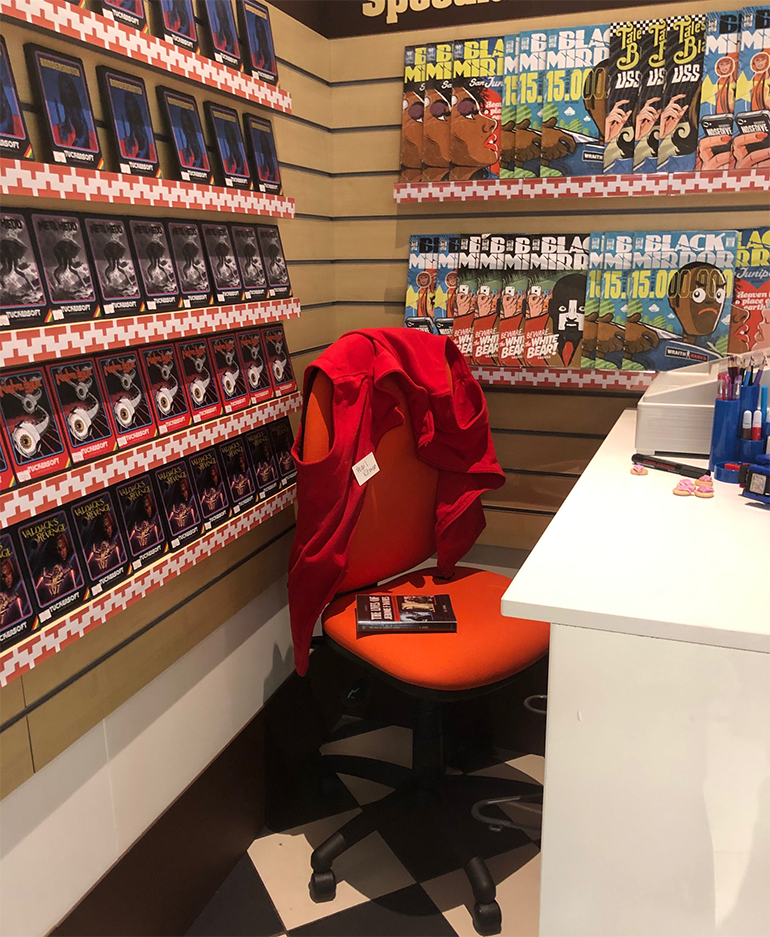 No faux members of staff man the store. A chair sits empty with a copy of fictional book The Lives of Jerome F Davies sat on the seat. The staff member's name badge reads as Pearl Ritman.

The Lives of Jerome F Davies is the book that the Bandersnatch protaganist and games coder, Stefan, buys if you follow a certain path in the show. The character of Davies went potty and killed his wife.

Pearl Ritman, meanwhile, is the character in Bandersnatch who attempts a remake of the game years after its (usually) catastrophic decline after first launch. 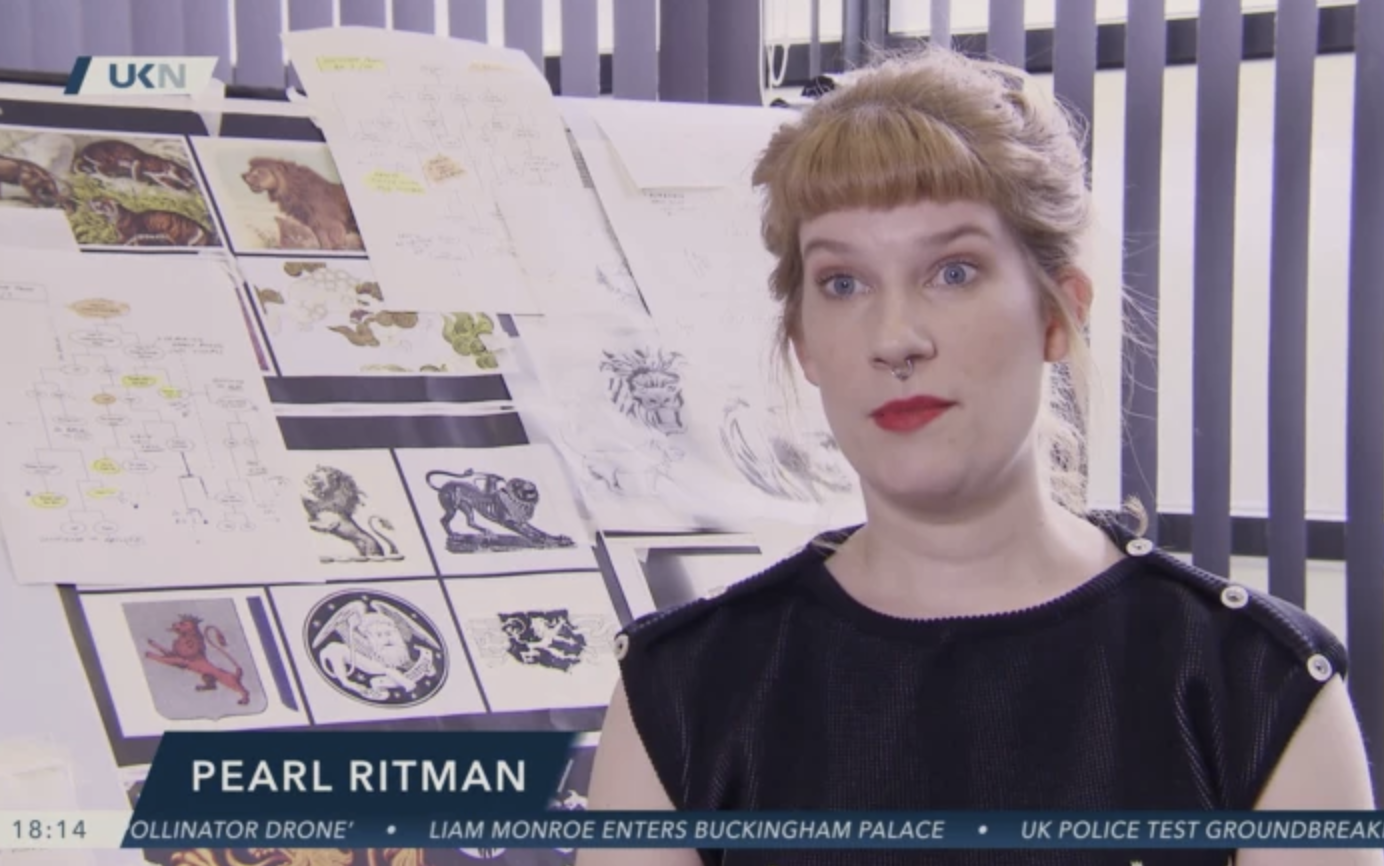 Elsewhere there are VHS copies of Space Fleet, the TV show that appears in USS Callister, one of Charlie Brooker's most well-known and highest thought of episodes of Black Mirror, which plays out as a very twisted take on Star Trek.

"SORRY WE ARE CLOSED" and "BE RIGHT BACK" signs sit in the locked, glass doorway. 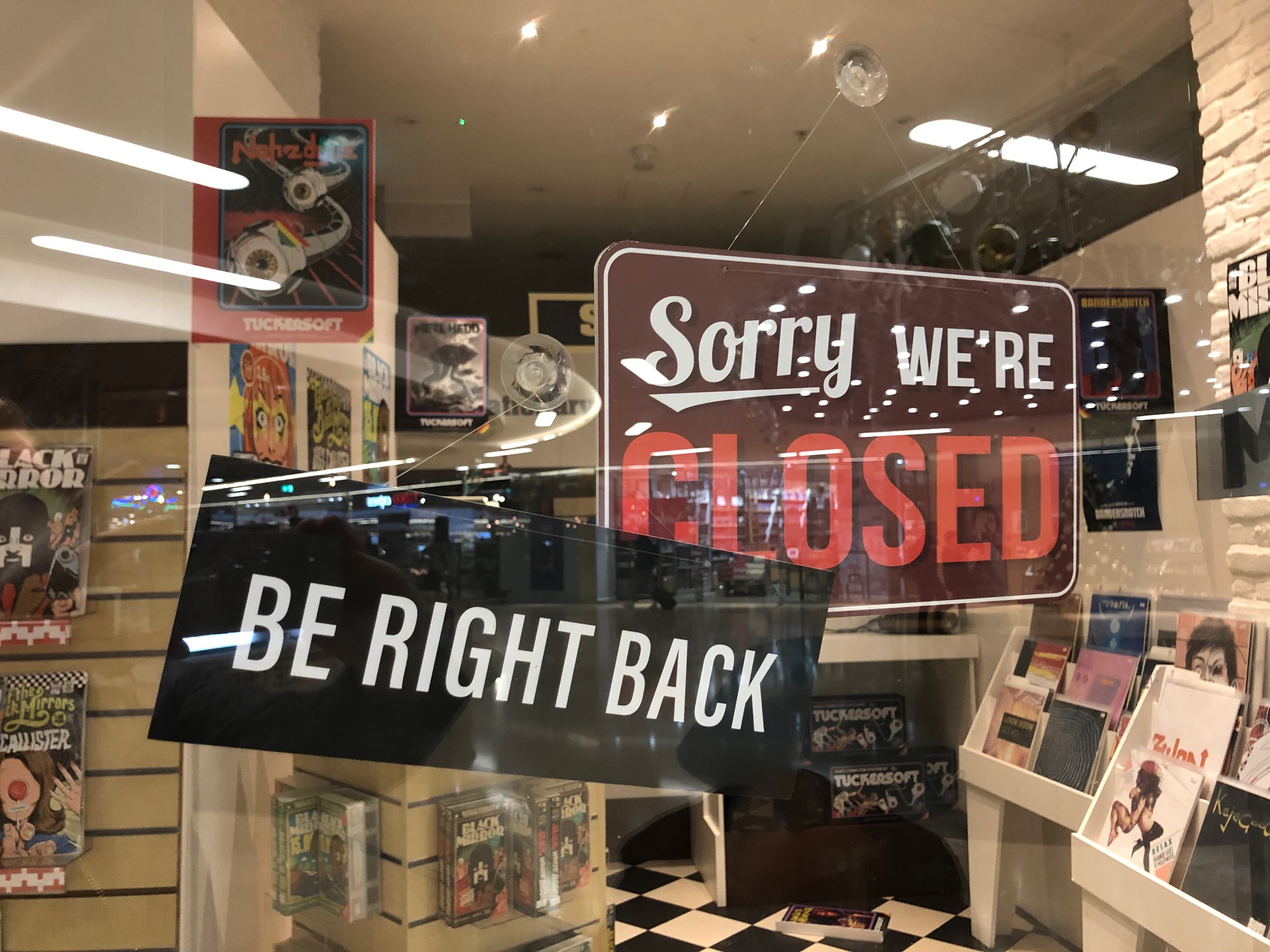