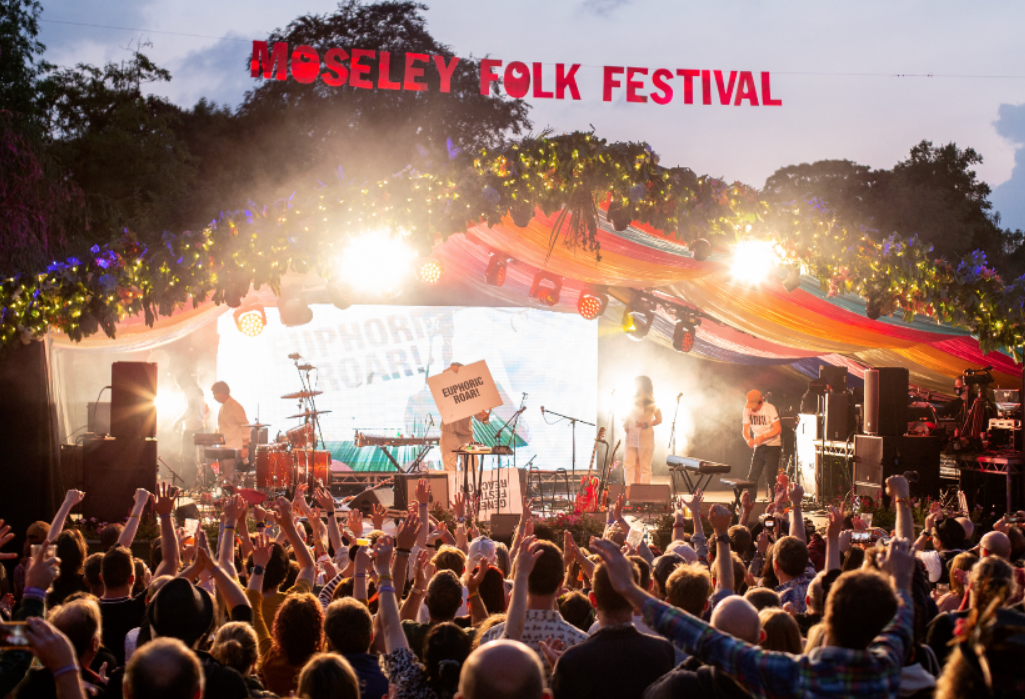 Working quietly in the background of all this sudden realisation that Birmingham is, in fact, outstanding, is Moseley Folk and Arts Festival, bringing in cracking music, arts and culture – homegrown or flown in – year on year.

With just 21 days to go, the festival has unveiled its full Family and Arts schedules. Teaming up with Birmingham Comedy Festival to bring a strong comedy element this year, there’ll be Ivo Graham, hot off the back of Edinburgh, musical comedy duo, Flo & Joan, plus rising local comic, Lindsey Santoro. Punk Poet, John Cooper Clarke and Poet Laureate, Simon Armitage were already big names to feature, but Brum historian and local legend, Carl Chinn, is also now eclipsing them, recalling the infamous real life Peaky Blinders, and his own personal connection to the city's criminals. Oh the intrigue.

The family programme includes a visit from Nick Cope, CBeebies hit music man, plus folk of the past via the Black Country Living Museum. There’ll also be the usual storytelling, music workshops, pirates, face painting, and Sunday's now traditional, family-friendly Hay Down Ceilidh.

Sadly, this is the first Moseley Folk without the beloved Janice Long compering the event but, to ensure her legacy as a huge advocate of developing artists, and unrivalled presence on the stage, newly launched Hello You! The Janice Long Bursary will support new and emerging artists. The award winner will be the opener on Moseley Folk’s Second Stage in 2022 and a headline slot in 2023, so you might catch a star in their ascendance. Getting bang for your buck, adult day tickets are £55 (£135 for the full three days) and under 12s go free, with discounted tickets for under 16s. Go on and drag out those good vibes into September.