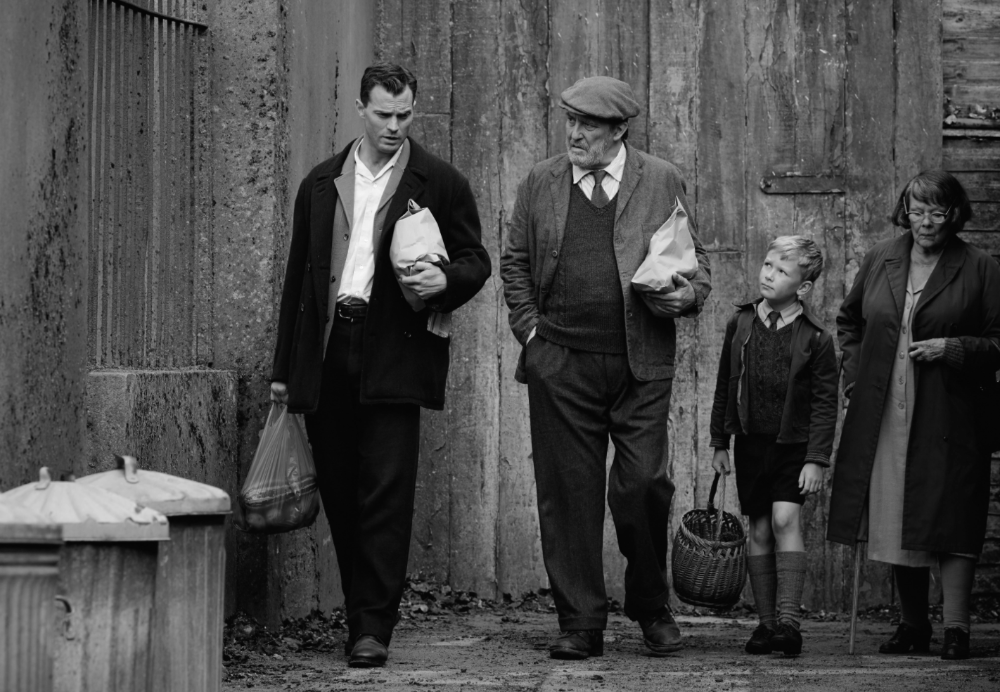 The Troubles are hardly the lolziest of backdrops for director Kenneth Branagh's heart warming, soul-nourishing feel good flick, but somehow the juxtaposition of violently bleak meets kiddishly bright works with unadulterated splendour. We're in 1969 Belfast (where and when Branagh grew up) to track the life of a nine-year-old Protestant boy, Buddy, (wonderfully portrayed by Jude Hill) who lives with his mother, father, older brother, and grandparents. As The Troubles intensify, Buddy’s dad (Jamie Dornan, shedding his 50 Shades shackles and excelling) thinks it best for the family to move away, an idea that Buddy and his mother (Caitriona Balfe, again excellent) are against. The wider tale of escalating violence isn't one for Branagh, who instead takes us on a journey of familial and communal resilience — the thrills and spills of parenting and the battle of simply being a young boy — all the while provoking the sorts of gentle humour reminiscent of The Commitments or Brassed Off. Set to an upbeat soundtrack of classic songs, predominantly by Belfast legend Van Morrison, the undertone of the safety and security of 'home' being whipped away may not be something with which we can all relate, but the pillars and pitfalls of family will resonate with every audience member. A friend of mine refuses to watch black and white movies. Belfast demonstrates why he's an idiot. Out January 21