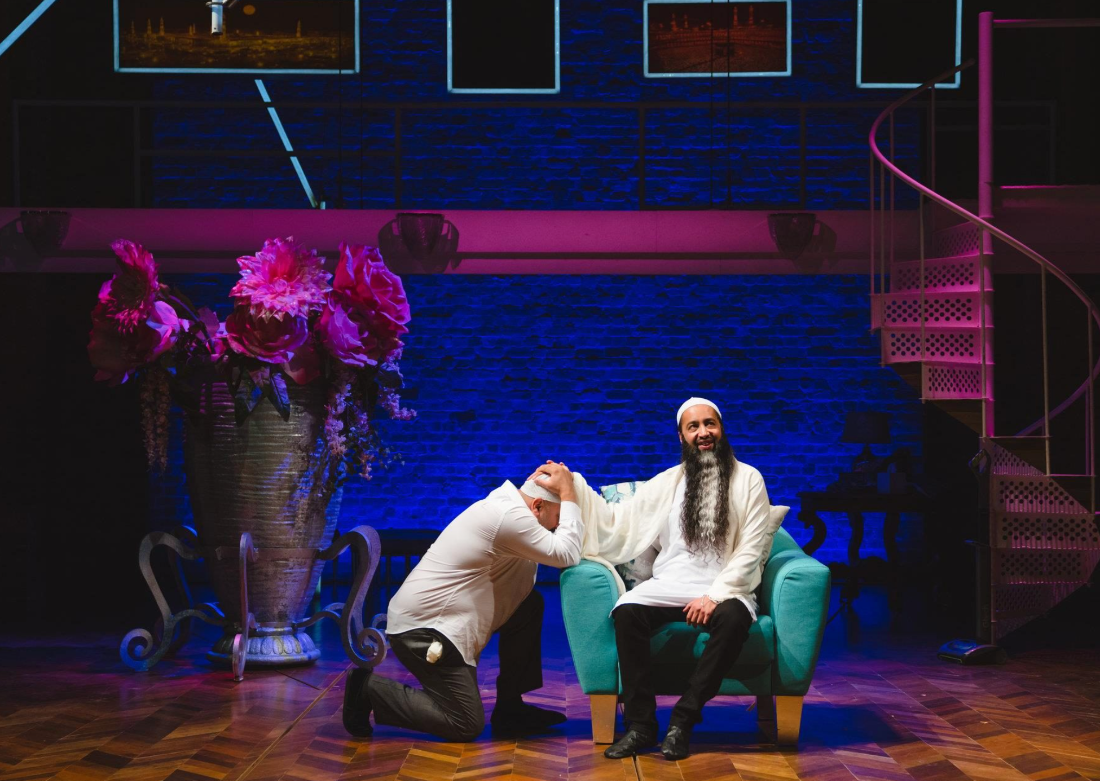 Let's start with a bit of background, if we may? Molière was a tearaway genius writer in 1660’s France. His play Tartuffe was a biting satire on the role of spiritual frauds who lived off the gullible. The play was banned after one performance and Molière was threatened with being burnt at the stake by religious nutcases. The comedy eventually became a smash hit when the king gave a cautious thumbs up.

There’s the background. Now the business to hand. TV writers Anil Gupta and Richard Pinto (The Office, Citizen Khan, The Kumars at 42) have taken this classic and placed it firmly in the present. So, swap 1664 for now(ish); swap Tartuffe the Catholic clerical conman for Tartuffe the Brummie trickster; swap Paris for Sparkhill and see what happens. The result is a rollercoaster of a play infused with biting comedy, great Brummie accents, searing social comment and a plot twist or two to keep you guessing.

The updated Tartuffe (smirkingly played by Asif Khan) is the long bearded conman preying off the innocents in his Brum neighbourhood. He dupes the gullible Imran Pervaiz (Simon Nagra) to hand over his posh new home (with its £7000 worth of Norwegian spruce decking), his Merc, his bank account and his business. He even promises his street smart daughter in marriage despite her attraction to a local boyfriend. And he kicks out his beatboxing hotheaded son when the lad questions Tartuffe’s intentions.

Of course, it all comes unstuck. Tartuffe gets caught up in his own dubious spider web of deceit, even getting stuck fast in his very western skinny jeans revealing a spicy set of underwear as he tries to seduce Mrs Pervaiz. So, 350 years after Molière took on the Catholic clergy, Gupta and Pinto showcase that there is still hypocrisy, insincerity and downright fraud in all of Britain’s quarters.

Star of the show is Simon Nagra’s father of the family, Mr Pervaiz. The actor works the whole of the theatre with a boisterous elan. He innocently falls for Tartuffe’s nonsense and dupes even himself into thinking he will be a better Muslim by giving everything to the trickster. He controls the comedy with a machine gun patter reminiscent of an early Alexei Sayle. Every line and every shrug of his mountainous shoulders is met with laughter. His Brummie accent, by the way, is bang on. October 14 to November 5 at the Rep

A WALK IN THE (LADY)WOOD