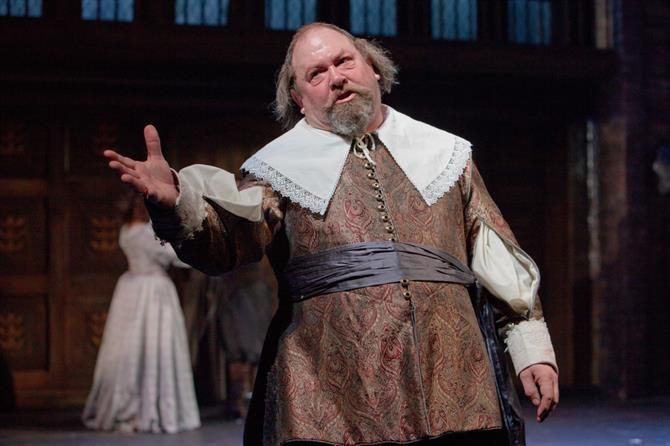 Review: The Hypocrite at the RSC

Six stars out of five

Even the promo for this raucous new play at Stratford has a tinge of bonkers comedy in it: "Now, direct from Hull..." it exclaims, "...comes The Hypocrite". Well, seeing how the Humberside town is this year’s City of Culture, maybe a little latitude is allowed here.

Nevertheless, The Hypocrite (direct from Hull) written by Richard Bean is a six out of five star laugh. The author of One Man, Two Guvnors (starring James Corden back in 2010) has delivered a broad (very broad) take on Hull’s part in the Civil War and, it can safely be said, is part Fawlty, part Blackadder, part end of the pier joke-at-Thon and 100% funny.

Mark "Full Monty" Addy (above) plays Sir John Hotham, a real life governor of the city in 1642 as the Civil War erupted. He backed both sides — the monarch and the Parliamentarians — and this caused problem after problem. Added to this is his diabolically acidic domestic life with wife Sarah (Caroline Quentin, below), a little bother with cross dressing lovers, a 113 -year-old butler called Drudge and an eye-bulging, glove-sniffing pervy Puritan fiancé of his empty headed daughter. 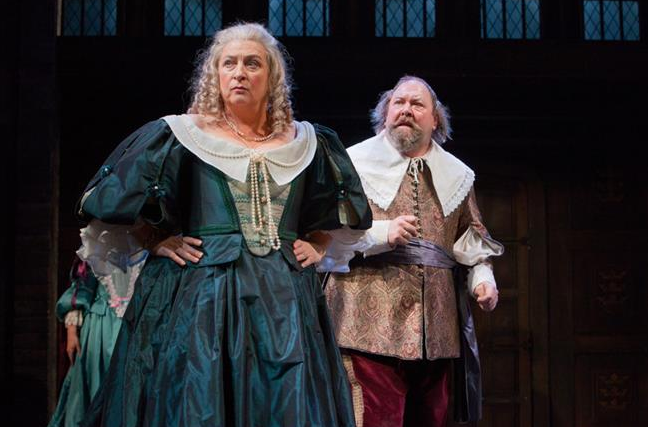 There is a fusillade of great one liners, two liners, zingers, loads of Hull jokes, wisecrackery, slapstick buffoonery, more Hull jokes, and double and triple entendres. Addy is a born stage comedian and Quentin comes up trumps as the spurned wife who is smarter than the collection of numbskulls on the stage.

This assured production at the RSC’s Swan Theatre in Stratford comes via The Hull Truck Company (err... direct from Hull). And the troupe, we must say, takes a knowing and cavalier sideswipe at 17th Century history to up the ante on the lolz. We wouldn’t advise those studying for history A-levels to take notes. But, if it’s humour as wide as The Humber you’re looking for, it’ll be the best comedy you’ll have seen on the stage in a long time.

At their Grand Central venue

A Note From The Editor