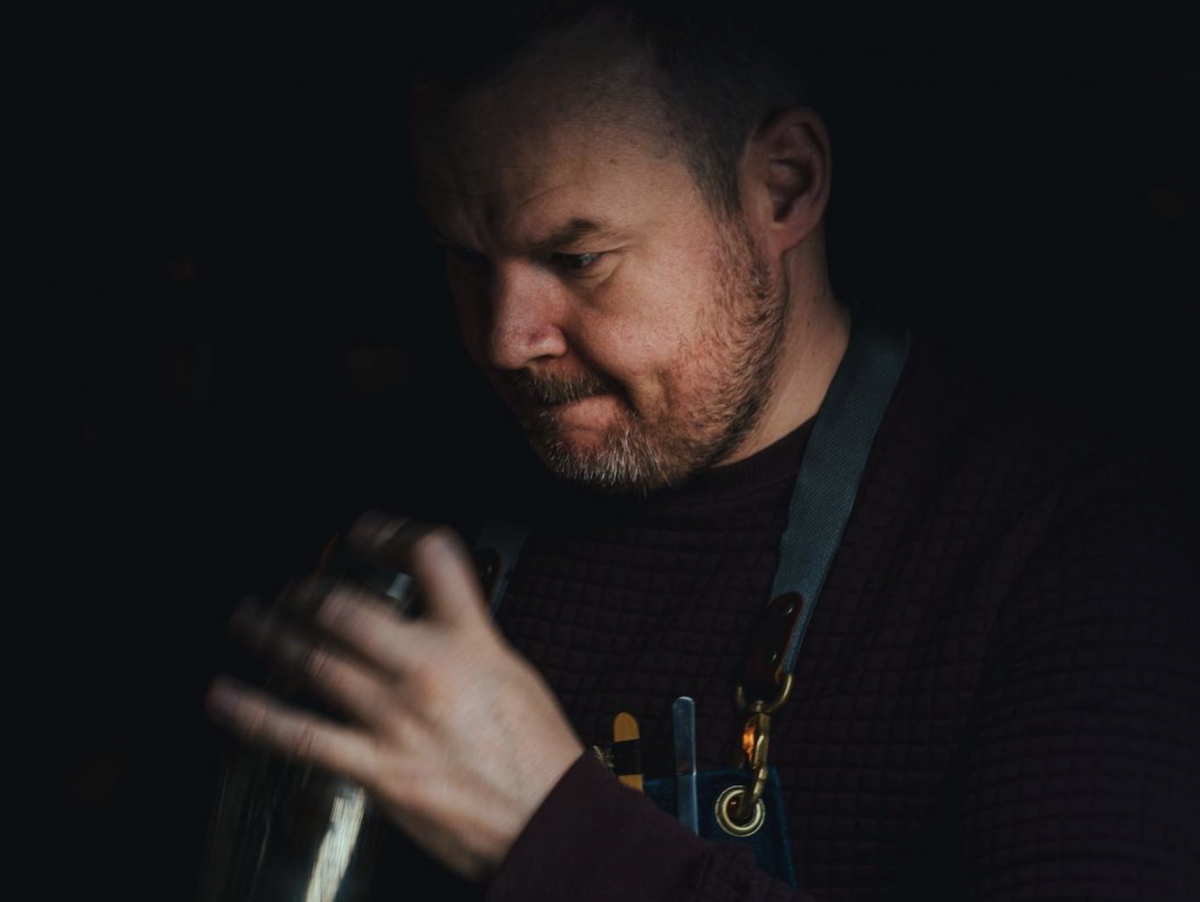 What to Drink and Where to Drink it

Once a week Birmingham's bartender-in-chief, Robert Wood, will make a suggestion on where best to place your booze bucks and why... 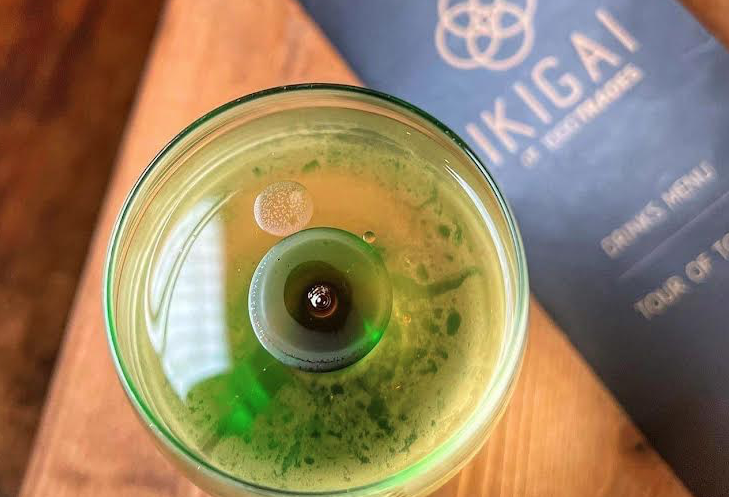 "Ikigai: a cultural concept that's your reason for being, but also a small cocktail bar, hidden away up an unassuming staircase above 1000 Trades, in the JQ. The name should tell you the passion and drive the owners have for their discreet den of Japanese drinking. The menu is presented with a brief explanation as it's essentially an abridged Tokyo tube map. You immediately get a sense of why the bar won Newcomer of the Year at the Top 50 Bars. The owner, Luke, recommends a cocktail named after an area of Tokyo known for its izakaya and vintage stores, Shimokitazawa. It's a Manhattan that's been redistilled with miso and white chocolate, a process requiring high-tech vacuum distillation. The result looks more like a Martini, but has the richness, intensity and full-bodied mouthfeel of the Manhattan. Savoury and sweet with a luscious complexity, it balances everything I really want in a creative adaptation of a classical cocktail." 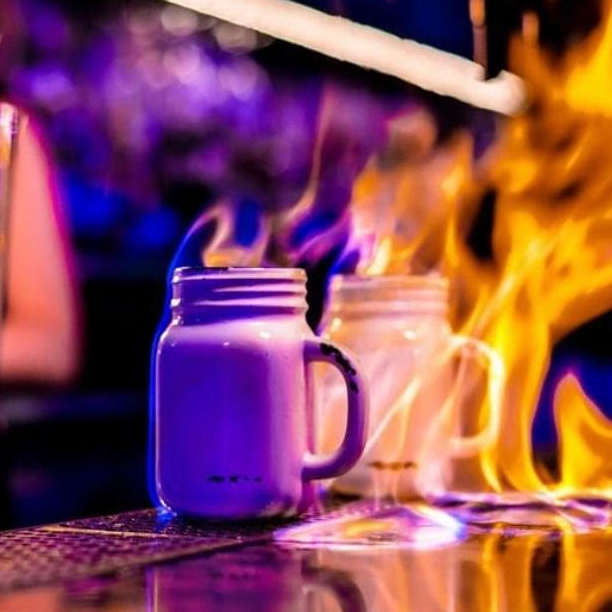 "Pool, darts, even pinball are standard pub fare and I suppose the bowling alley is no stranger to booze, but with a wave of activity bars sweeping the city, you can now drink whilst trying your hand at a number of past times previously actively discouraged. Ping pong, cricket, curling, crazy golf, even shooting VR zombies are all now entirely possible. The arcade bar, however, has a special place in my heart and I confess my deep and unrequited love for NQ64. Childhood memories of rainy days by the seaside are immediately rekindled, less childhoody but equally fun — the Mad Max cocktail. A flaming serve reminiscent of a Don the Beachcomber Mai Tai, it delivers an almighty punch of booze from their house rum mix, combined with absinthe and falernum (a rum based Caribbean liqueur of citrus and spices) brightened by a melange of lime and grapefruit. Mad Max is served after being set ablaze in a pyrotechnic display. Slurp down alongside Flaming Hot Cheetos." 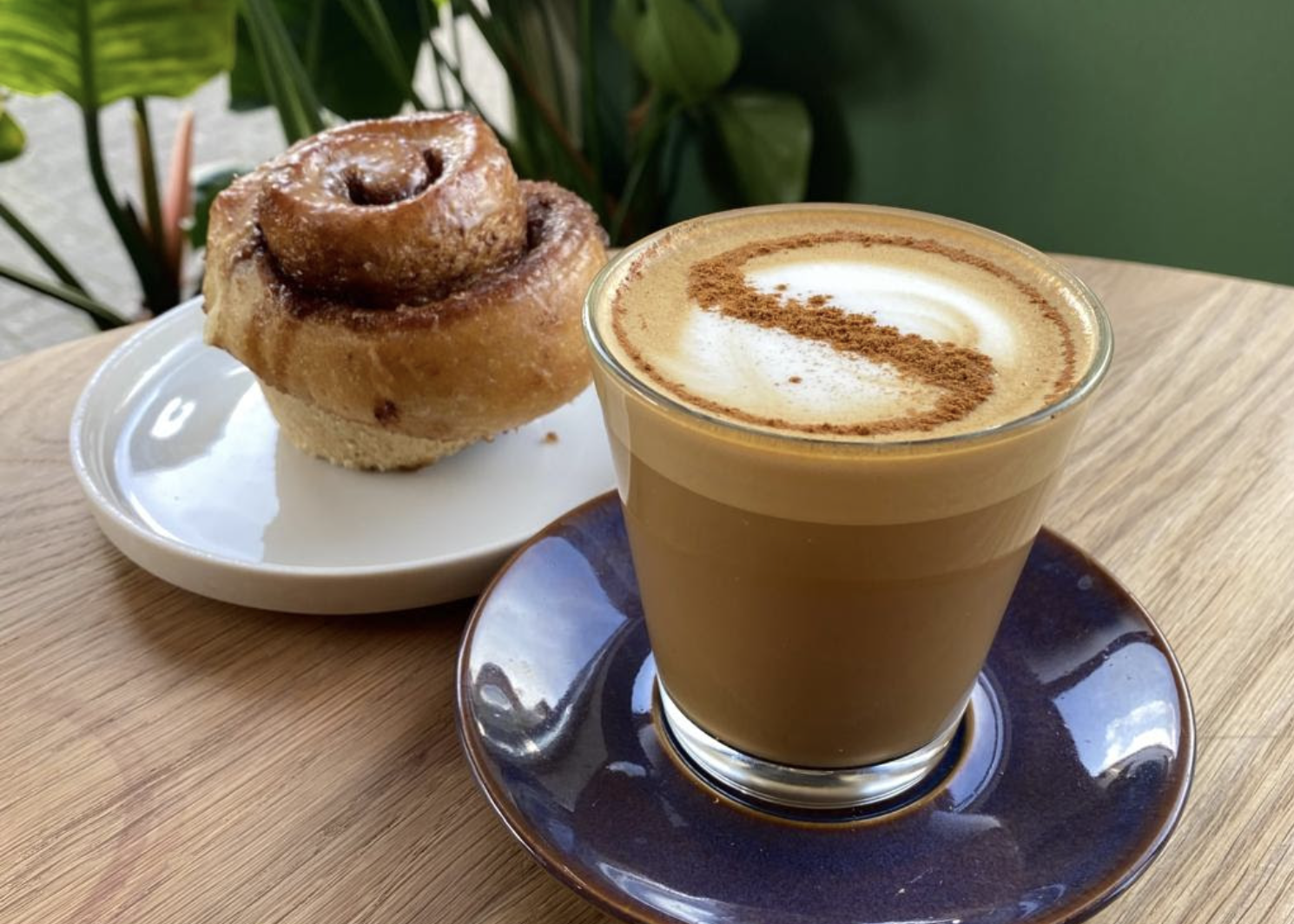 "You're about to be let into a secret. Not a state secret; you won't need go on the lam leaving loved ones behind. From the Yucatan peninsula via globetrotting barista, Rory McGhie, comes one of the most delicious things in the coffee world, all the way to Brum: The Hemingway, at Pause, in Verbena. Named after the boozy writer, this coffee lives in a similar world to the Spanish Bombon Café, Vietnamese Ca Phe and the Cafe Cubano. A hunk of molasses-rich sugar is whisked into the first few golden drops from the espresso, until it becomes an intensely sweet and delicious Ristretto of sorts. It's then lengthened with perfectly micro-foamed milk into a Piccolo (tiny Latté) and delicately finished with ground cinnamon — a practice used around the tropics to keep flying pests away from your beverage, which lends a beautiful spiced aromatic. The Hemingway might be blasphemy to coffee purists, but it's utterly worth the coffee pilgrimage to Stirchley for those less stuck in their ways. Plus, it'll likely be made by a previous World Champ. The perfect table partner to the Hemingway is their spectacular cinnabuffin. The blueberry is my personal favourite, but if they're ever making the mocha version, do not spare the horses." 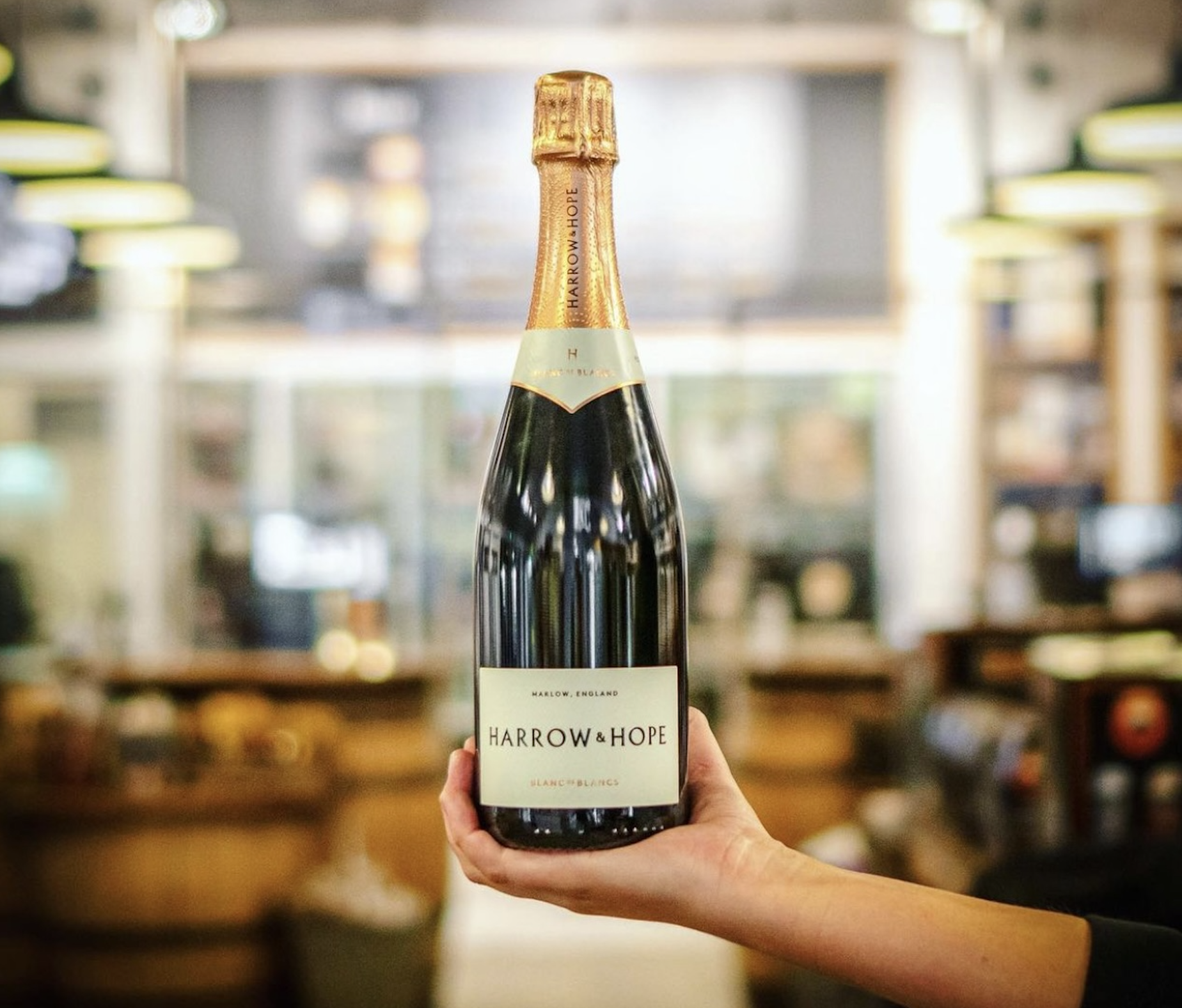 "My favourite place to hang out on a Sunday is The Oyster Club, from Adam and Natasha Stokes of Michelin-starred, Adam’s, fame. Great food is a mainstay, of course, but for me the warm welcome and cold wines perfectly compliment the classical nature of the food. My 'go to' is Harrow & Hope Blanc de Blanc, a wine of excellent stock made on the rolling hills behind the picturesque village of Marlow. It's a family-owned vineyard run by husband and wife team, Henry and Kaye Laithwaite, a name that should give you an idea as to the wine-obsessed lineage of the family. The current vintage happens to be 2017 and, for the uninitiated, Blanc de Blanc is a sparkling wine made with Chardonnay. Their 2017 was a particularly great harvest as the grapes expressed themselves with a wonderful richness, a buttery brioche and an apple crumble-like characteristic. A brightness ensues, reminiscent of pear and quince with a hint of citrus acidity and minerality on the finish. Drink with dressed white crab. 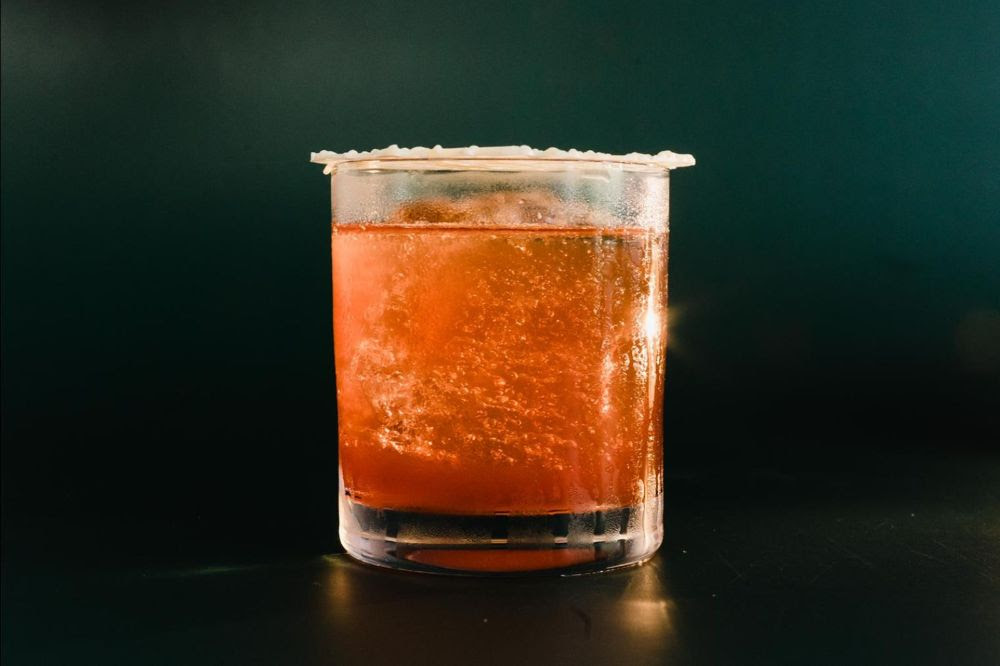 "Independent bar owners up and down the country sat on the edge of their bar stools this week, as Tuesday heralded the 2022 Top 50 Bars announcement. Contrary to similar lists that fall foul of excessively London-centric nods, the majority of the list was dotted around the UK in thirteen cities outside of the capital, including, of course, Birmingham. Stirchley’s outstanding neighbourhood cocktail hangout, Couch, came in at No.37 with the ever Instagram-friendly Pineapple Club joining them at No.44. Jewellery Quarter bolthole, Ikigai, meanwhile brought home the Newcomer of the Year award. Huge congratulations to all three, especially given the insanely hard couple of years bars and restaurants have just had. My favourite cocktail in Birmingham right now is served at Couch. Leather & Lace [pictured] is an Old Fashioned style drink with inexplicable complexity from macadamia, toffee and chocolate, with the spice of rye whiskey fighting a hint of smoke too. If you prefer your drinks a little bit sweeter and fruitier, then Great Western Arcade’s Pineapple Club will be right up your... umm... arcade. Um Bongo Juice from their new ‘Considered Drinking’ menu celebrates female-owned cordial company, Fitzpatrick’s, in a fun and fruity explosion of appealing flavours. Don’t forget your neon wings photo while you're there. For something more serious, book a table at Ikigai (situated above Jewellery Quarter’s 1000 Trades) where the cocktail menu is in fact a subway map of Tokyo. My favourite is Shimokitazawa, an awesome, redistilled Manhattan with miso, white chocolate and sesame, made in collaboration with a local distillery. Get booked in at one or, ideally, all of them." 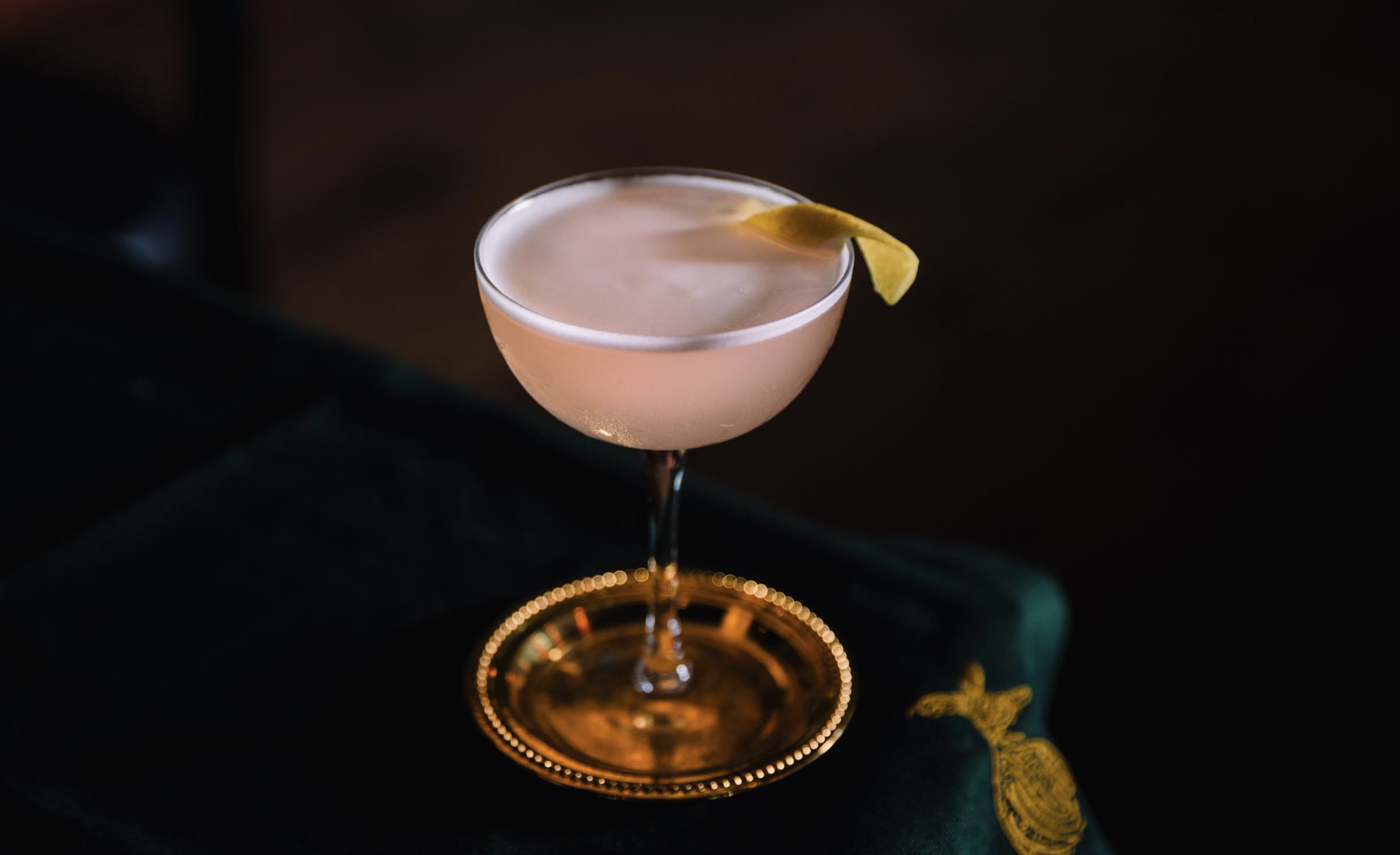 "I don’t often find myself in Brindleyplace; too many chains for my liking, other than the shining beacon that is Pulperia. I had all but written it off, but then I began to hear noise and underground mumbles around a new Persian restaurant named Qavali. Now, the Persian empire once spanned from modern day Iran into Turkey and into northern India. That is a lot of cuisines under one roof. Qavali is pure escapism — from the moment you set foot in the door, your senses are whipped away. The menu comes complete with stories (yes, actual stories) that inspired each drink. Their Orange Princess cocktail tells the tale of a prince who falls in love with a beautiful maiden born from an Orange tree. There’s an adventure, a troll and a chicken, but suffice to say they all lived happily ever after. The cocktail itself was a perfectly executed adaptation of a classic cocktail known as a Corpse Reviver No.2. Each of the ingredients were influenced by some part of the fable; from the Bergamot Vodka made by the excellent Portobello Road, to the Lillet aperitif wine providing bitter orange notes. A delightfully fresh introduction from both lemon juice and pink grapefruit liqueur, allows the saffron to shine through the vibrant citrus notes of the bergamot and bitter orange. A stunning accompaniment to the excellent Lahori lamb chops and the beautifully executed biryani."

"If the cold bite of winter is getting too much and you need a bit of escapism, look no further than Colmore Row's all new bar and restaurant, Jamaya. A small slice of the Caribbean, right here in Brum, the drinks menu focuses on Jamaica with each cocktail named after a specific part of the rock. Boston Beach is a particularly famous area of the country known for its jerk pits, with locals and tourists alike travelling for hours to get their fix. Jamaya, which only opened in very late December, aims to capture this magic with not just their ‘Proper Jerk Chicken’ but also their Boston Beach cocktail. A Daiquiri when all said and done, but with the unmistakable flavour of jerk, their top-secret melange of spices are somehow infused into white Jamaican Jah45 rum. 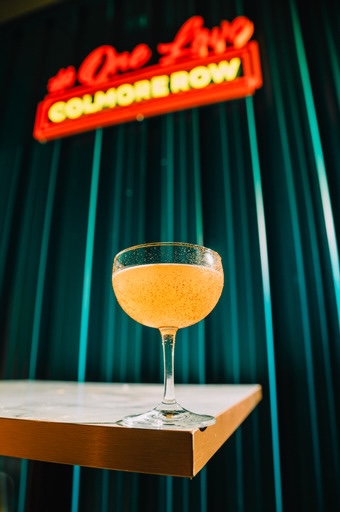 This drop is particularly poignant as it is, itself, a blend of unaged rums from the Hampden, Monymusk and New Yarmouth distilleries, rekindling an old-school style of dagger rum that was so celebrated in the 1940s. The jerk-infused cocktail is shaken together with the obligatory fresh lime and Caribbean cane sugar, alongside some rich and intense scotch bonnet chilli, wrangled into liquid form. The finished drink is served beautifully ice cold with the glass itself dusted with their house recipe jerk seasoning which, I have to say, gives it a wonderful aromatic quality as soon as one receives it. Drink with jerk wings." More 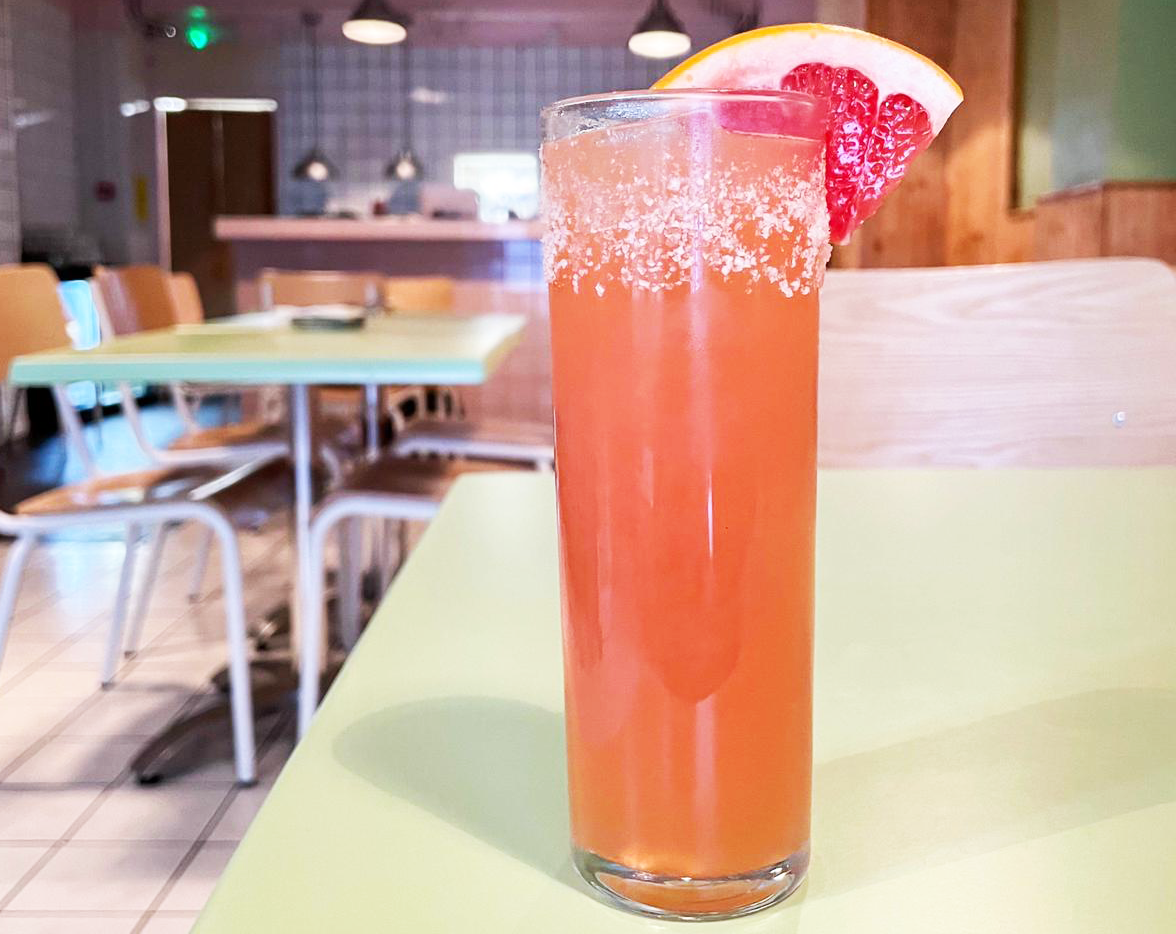 "The long wait until the sun returns has, in many ways, only just begun. If however, like me, you need a little Vitamin D in your diet then look no further than Tierra Tacos and their Paloma (£7.50). Available downstairs, where food is usually the star of the show, this simple highball drink is packed with flavours both true to their Mexican heritage and absurdly fresh in their makeup. The Paloma is a Mexican staple and, due to its ease of preparation yet excellent results, has been a go-to drink for agave connoisseurs for few years now. However, like all simple things it can be messed up if you take your eye off the ball. Cheap tequila will just not do and even worse when drowned in aspartame-laden soda without the addition of fresh citrus. Fear not, Tierra have done all the right things in all the right places. From the legendary La Alteña distillery in sunny Jalisco comes the beautiful and crisp Tapatio Blanco tequila. Joining this tremendous example of Blanco is a pink grapefruit soda from Two Keys, a UK-based outfit making ace mixers to go with worthy spirits. Tierra finish their Paloma with a rock salt rim crowning their towering highball glass and a fresh slice of pink grapefruit and all that is left is for you to book a table, crush one and order another... alongside their excellent Totopos and Frijoles."