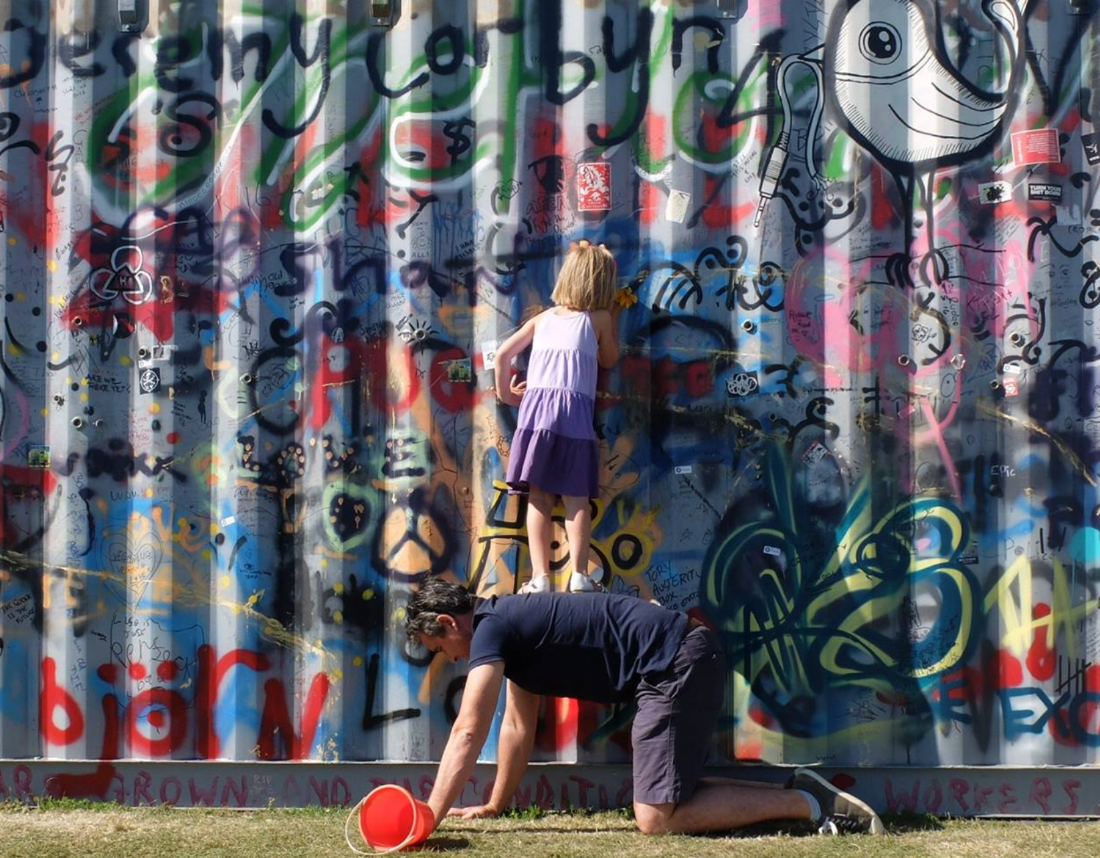 Depicting tiny scenes of rioting artist Jimmy Cauty's The Aftermath Dislocation Principle has pulled up in Birmingham as part of an ongoing world tour.

A 1:87 scale model housed in a 40ft shipping container, this mini but somehow massive scene is of a vast post-riot landscape in a dystopian model village where only the police and media crews remain in an otherwise deserted, wrecked and dislocated land. 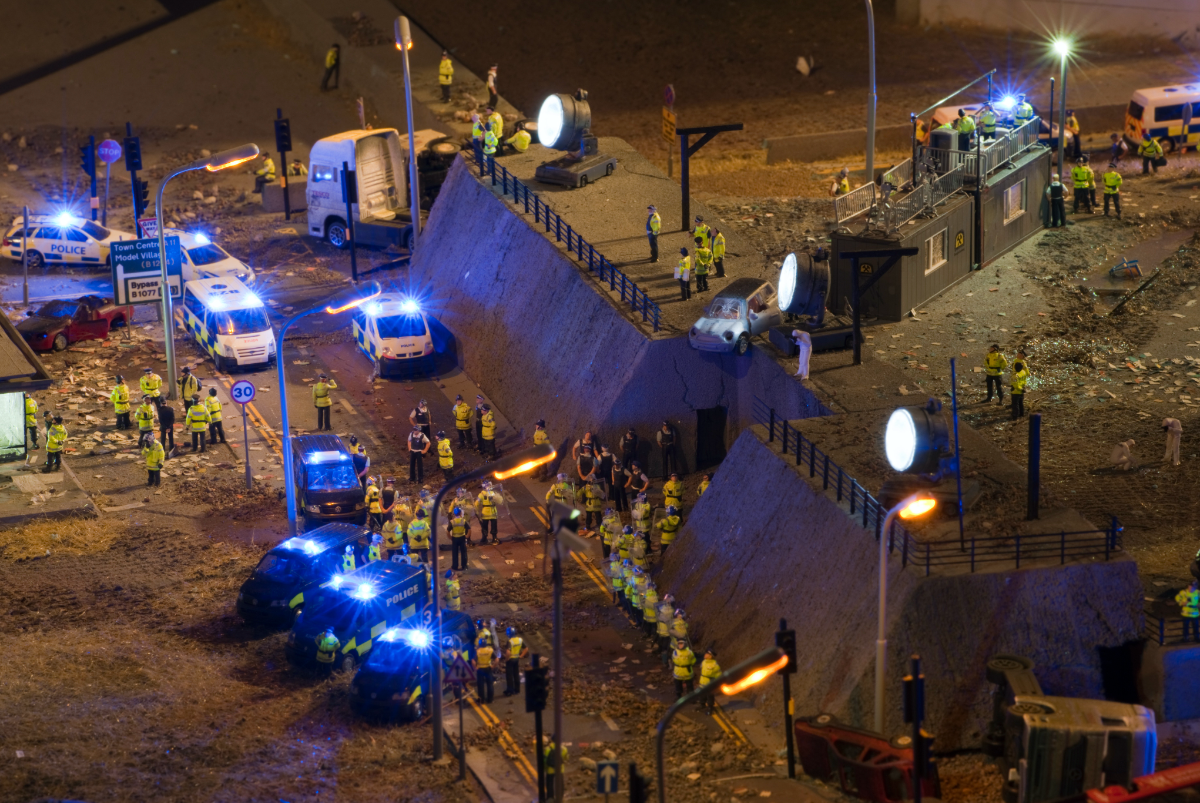 Extraordinarily detailed, it offers a feast of visual and conceptual experiences — from the comedic to the alarming. Viewed through small industrial observation ports built into the sides of the graffiti-covered container, each port offers a new view and fresh perspective of the scene, all set to the buzz of tiny police radio static, roaming spotlights and constant chaotic flash of emergency vehicle strobes. Created in 2013, and displayed as part of Banksy’s Dismaland in 2015, a 're-engineered' version of Cauty's artwork has toured the UK and further afield since 2016, visiting towns and cities that have witnessed historic riots.

Jimmy Cauty is an artist and musician perhaps best known for The KLF and K Foundation (who famously burnt one million pounds in 1994). Over a diverse and productive 'anti-career', his work includes Smiley Riot Shields, postage stamps including the Queen in a gas-mask, and A Riot In A Jam Jar — a work that links directly to The ADP. The ADP visits 82 Fazeley Street, Digbeth (near Printworks, you can't miss it) from now until November 5, where it will be accessible for free every day from 2.30pm to, wildly, 2.30am.

A WALK IN THE (LADY)WOOD