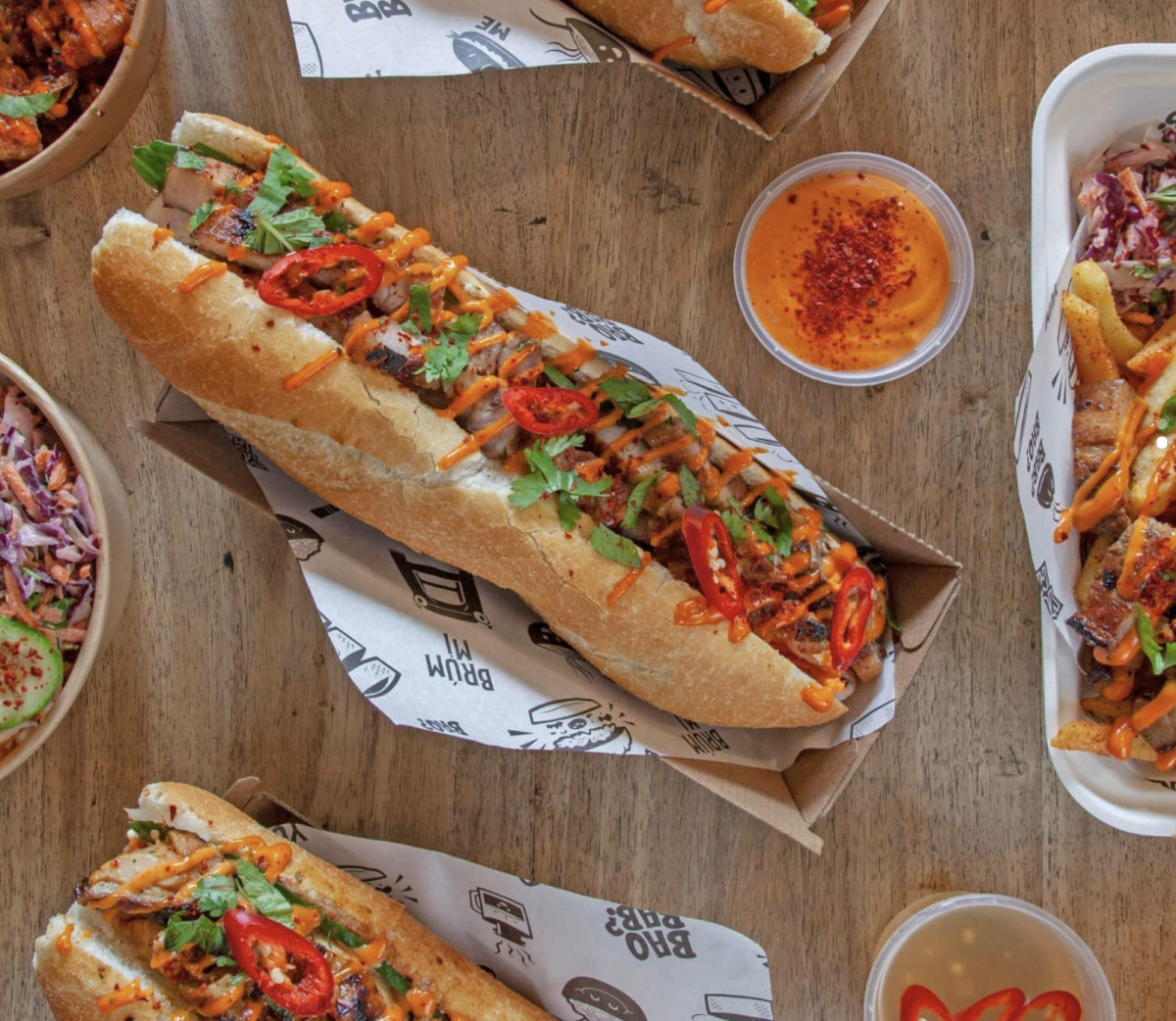 Being three sheets to the wind and dining with a man who has no sense of taste or smell, isn't the strongest of vantage points when reviewing a restaurant. In fact, we had no intention of reviewing Brum Mi, the Vietnamese pop-up in Moseley's Dark Horse, we were merely after sustenance. What we got, although my man opposite knew nothing of it, was a meal so sink-into-seat divine that even the most inebriated taste buds snapped sharply out of it and sang. Sang from the hills like Julie Andrews. Banh Mi, I'm sure you know, is a Vietnamese baguette, mixing French stuff and Far East Asian stuff and ultimately it's one of the best foods on the planet. I worked for 7 years at a magazine that was a stone's throw from what is widely considered to be London's best Banh Mi joint. What I got from the Brum Mi boys Bruce and Sam, was every bit as good. Fresh bread, of course, but pork cooked pitch perfect so that fat is barely noticeable in anything other than naughty taste — jellied and juicy and joyous. Chillies and coriander and citrus lifting the whole thing to heavenly levels. I was in love with a sandwich and I didn't care who knew it. The chicken wings were crisp and nibblesome — a surprise hit as I feared they might be an after-thought — and the Dark Horse's enviable beer options keyed effortlessly into the whole thing. Bruce, the head chef, spent a few months in Vietnam eating up to three Banh Mi a day. Yikes. When he got back to Brum he struggled to find any, so he and Sam used lockdown, and more importantly furlough, as a platform to launch Brum Mi as a bit of a safety net. They started doing lockdown click and collect at the Juke (Kings Heath) with basically no investment, and it took off. After stints on the Digbeth Dining Club roster, they've been fully booked ever since, the Dark Horse quite rightly extending their tenure in Moseley until at least the New Year. On Sundays Bruce and Sam are putting out British roasts with Vietnamese nods — the porchetta has a lemongrass kick, for example, and there's hints of five spice in the gravy. Don't knock it until you've tried it, word is it's a sensation. You can find the chaps on Deliveroo, Wednesday to Saturday.