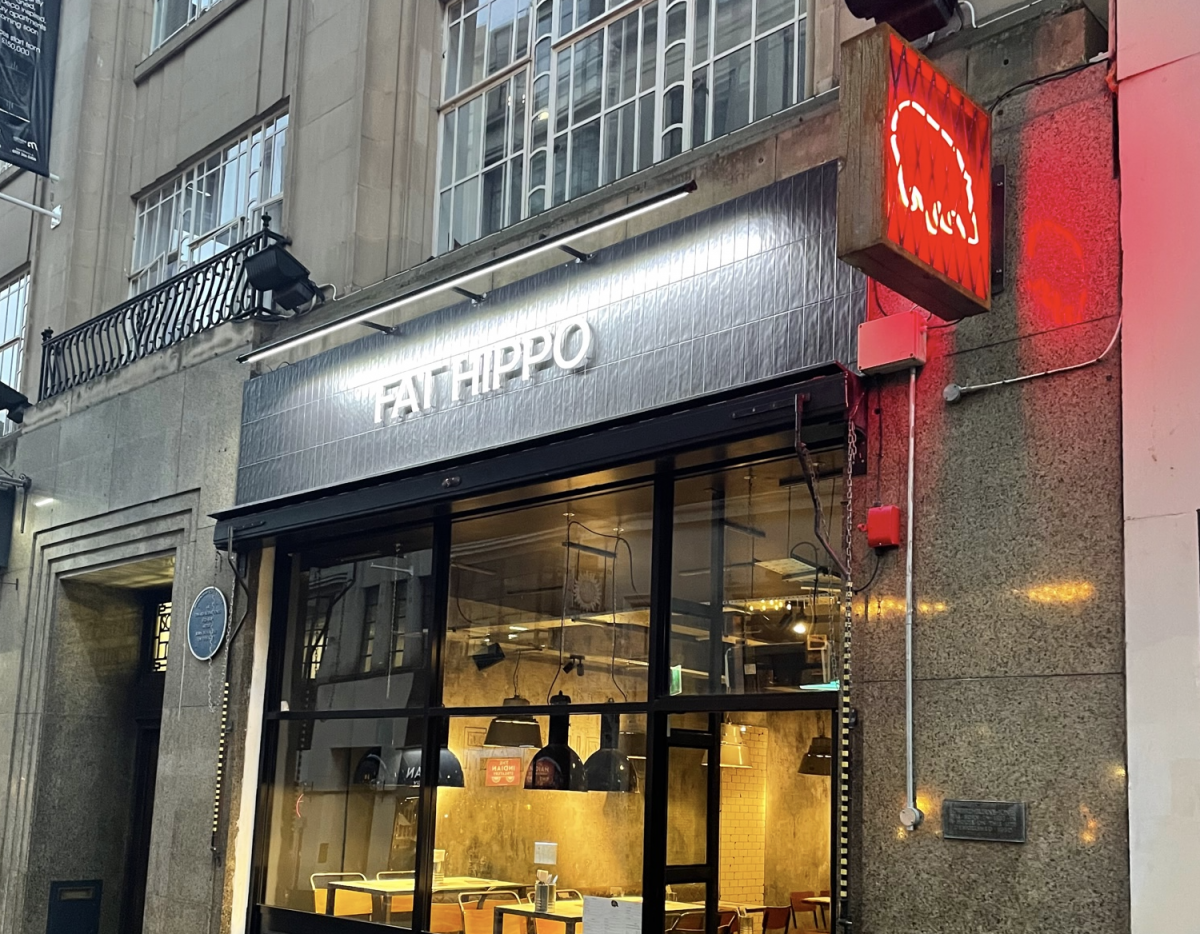 Now I'm not saying it's cursed, but this particular unit on Bennett's Hill seems, erm, kinda cursed. Where the decent enough Buffalo & Rye blew it and the excellent Fillet of Soul failed, it's the turn of Geordie-born burger bar, Fat Hippo, to try their hand on what should be, geographically speaking, a licence to print money.

I hope they can make a success of it but, on the strength of this visit, it might just be that a 'curse' is the least of their worries. On the positives, their in-house beers are both beautiful and beautifully branded, the sauces were all superb and all the potato-based sides rocked, the tots with cheese and bacon being insatiably moreish. It's also a lovely fit-out job although, reminding me as it did so much of Buffalo & Rye, they could have saved a small fortune by moving in before it was changed from a durrrty burger bar into a chip shop. Only to be turned back into a durrrty burger bar three months later.

Alas, the hero item was a brutal disappointment. If this can be put down to teething problems — and other reviews and social posts seem positive — then I'd suggest they order Bonjela by the bucketful. Blander than Heisenberg's car and stodgier than your average employment lawyer's Ts & Cs, the pile-them-high tactic backfired across both burgers. If my donutty onion rings needed removing for my jaw's sake, then the 'pulled chipotle beef' on top of my guest's burger needed to be booted out and barred for life. His was not so much pulled as slabbed: a hulking great hunk of grey, unseasoned cow going back to the kitchen and taking most of the burger with it but staying, somehow, on the bill.

It's a small thing, too, but if you provide a burger 'dipping sauce' which could well have breathed life back into the weighty special, then serve it in a vessel that allows burger access, not a narrow-rimmed sauce pot made for fries. Meanwhile, I tried to get my eponymous Fat Hippo burger down me because, well, climate change? But it wasn't going.

Comparisons will, of course, be drawn with Brum's existing burger bars. The owner of Meat Shack could literally stab me in the eye and I would still ask him for his autograph, so if that calls into question my neutrality, so be it. But there is no competition here as far as quality goes. The Shack, however, does business only from Thursday to Sunday; so based on its location, and mankind's desire for burgers knowing no opening hours, Fat Hippo's 14th venue might just survive. Or maybe it'll be a chip shop in three months. Menu