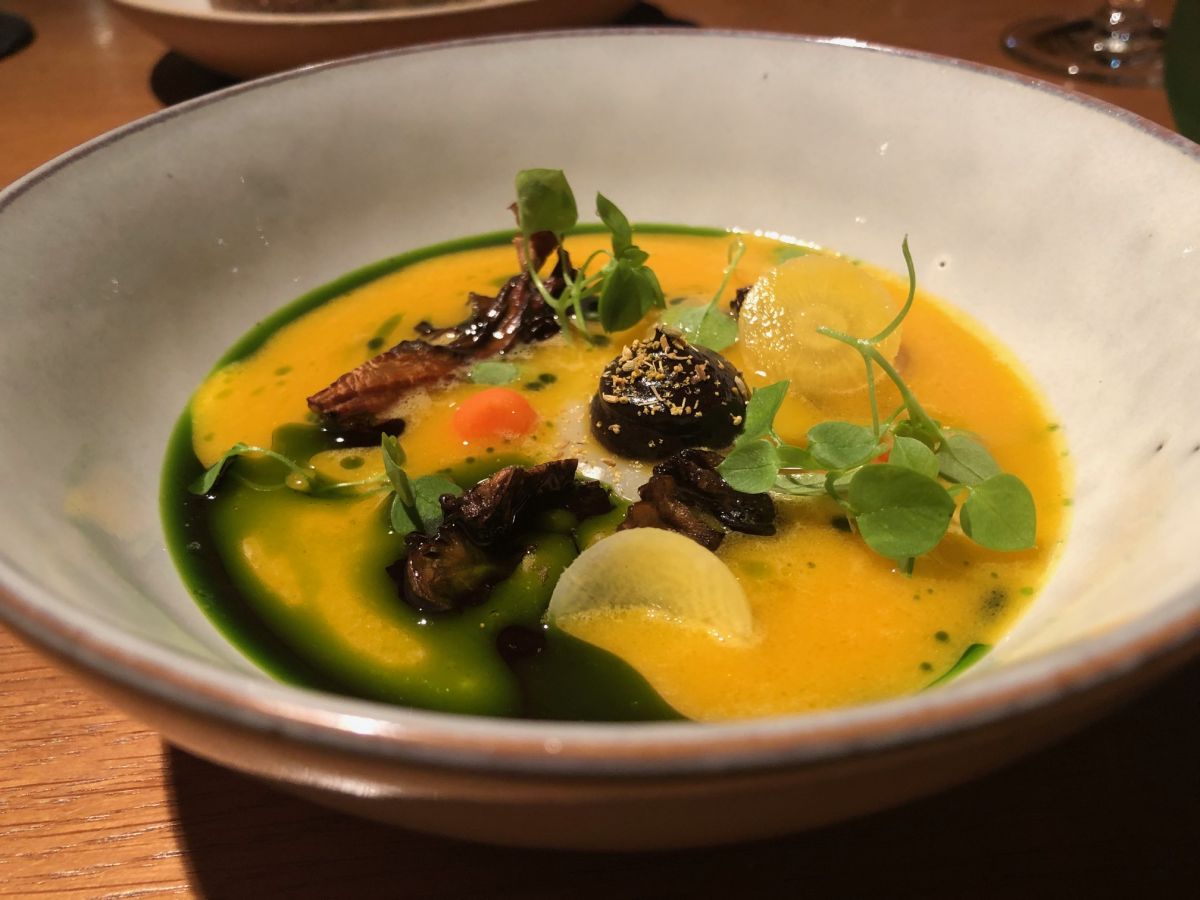 A lot was said about the city's newest star following this year's Michelin announcement. But a story which got rather less attention was the twenty years of uninterrupted stardom Simpson's can claim. To mark the double decade of making nice with Bibendum, the kitchen is putting on Menu 2020, a mid-week, three-course dinner and wine option which comes in at a rather exceptionally priced £55. And the really good news? It tastes exceptional too. We've been left a little cold by our last three finer dining experiences and were starting to wonder if it was "us" not "them". Yeah, it's them. Even on what you might assume would be a more modest food offering given the price, the kitchen got everything right. Little smoked cheese dumplings swam and sang happily in a sea of black garlic, hen of the woods and carrot broth. Perfect pieces of Cornish mackerel snuggled up with pickled baby beetroot, ice wasabi and red vein sorrel. And not a dot of toasted marshmallow ice cream that accompanied a choc and PB delice was left to clear by the end of proceedings. But if we had to pick, and we really do given the entire premise of this feature, it was the stone bass that edged it. Cooked better than we knew stone bass could be and paired with smoked cod roe, an olive crumb and wilted greens, this is a kitchen that's working really hard on flavour combinations rather than just deferring to those old reliables, butter and salt. Simpson's continues to strive and evolve and is absolutely justifiably the longest holder of a star in the Midlands. If you have anything which borders on an excuse in the new year, Menu 2020 is available Tuesday to Thursdays from January 3. Sample menu. Book