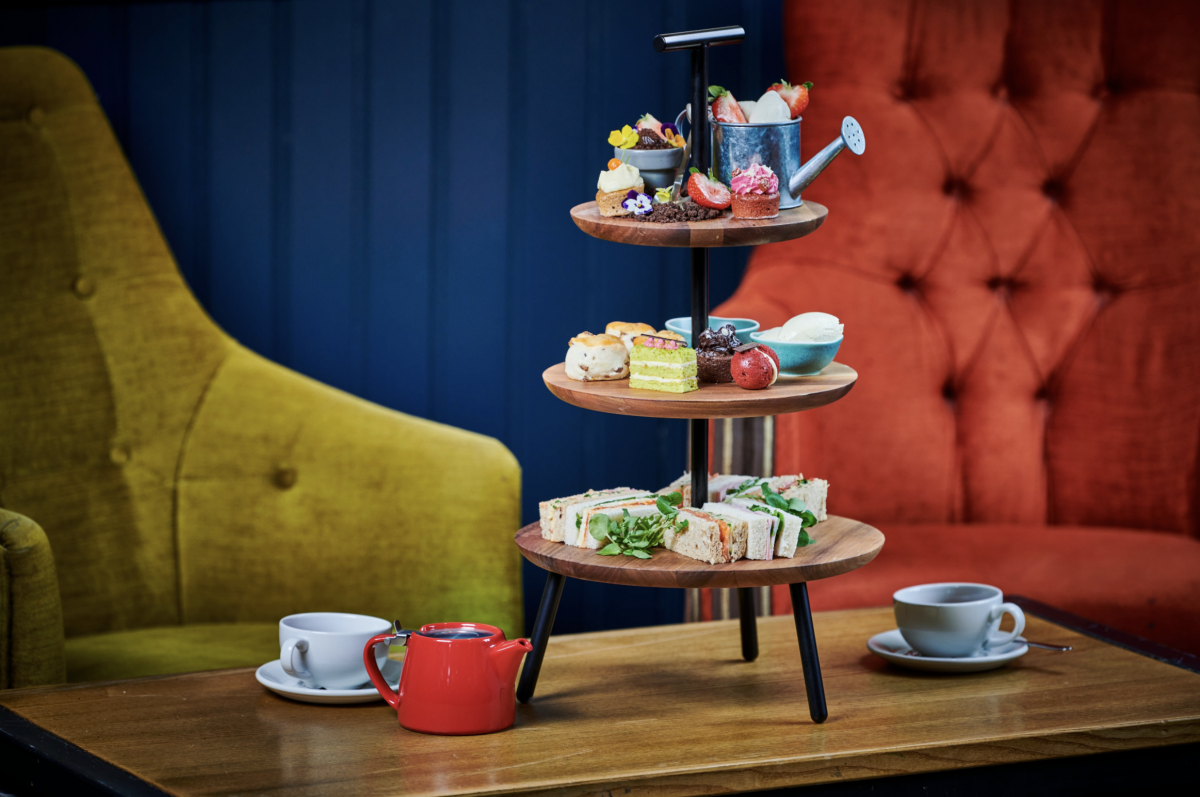 "You Choose" — The Stable Yard Café at Aston Hall

Brunch? It’s a has been. Brinner? It’ll never be a thing. Afternoon Tea, on the other hand, is coming back in a big, big way. Not convinced? Just ask any of the people who walked past the Stable Yard Café and let out an audible “Ooooh” when they saw the selection in front of me. Named after the former Lady of Aston Hall and standing 3 stories tall, the Garden Afternoon Tea has been cooked up by the Sous Chef from BMAG’s Edwardian Tearooms and is as locally sourced as you’d expect when we can’t even import [redacted political polemic]. It’s not just a looker, though. The smoked chicken and chive sandwich resulted in a real-life chef's kiss and a realisation that this is what chicken can taste like. As for the chunky brie and tomato chutney sanger? It's going up the list of lined-up luncheons. Meal deal sandwiches, these ain’t. A treat for the hardcore chocolate lovers out there, the flowerpot chocolate ganache, whilst undeniably delicious, was as rich as the 1%. On the other hand, the chocolate brownie soil was much more down-to-earth with a texture that left me lost for words; “soil” sums it up so perfectly, but also seems to sell it short. Taking me completely by surprise though, was the Carrot Cake. It may be on the middle board, but it’s truly top tier.

It’s too good an opportunity to miss out on having a look around Aston Hall while you’re there. One of the last great houses built in the Jacobean style, Aston Hall’s got character in abundance. From the elephant and squirrel monograms that denote the date of development, to the staircase that still has cannonball holes in it from the English Civil War, it’s a great way to let your tea go down. High on the look-see list is King Charles’ bedroom, the Long Hall and Dick’s Garrett; the loft room where some poor serf took his own life after getting caught stealing bread and fearing the consequences once his master returned. Needless to say, the place is totally haunted. Menu (Words: RB)