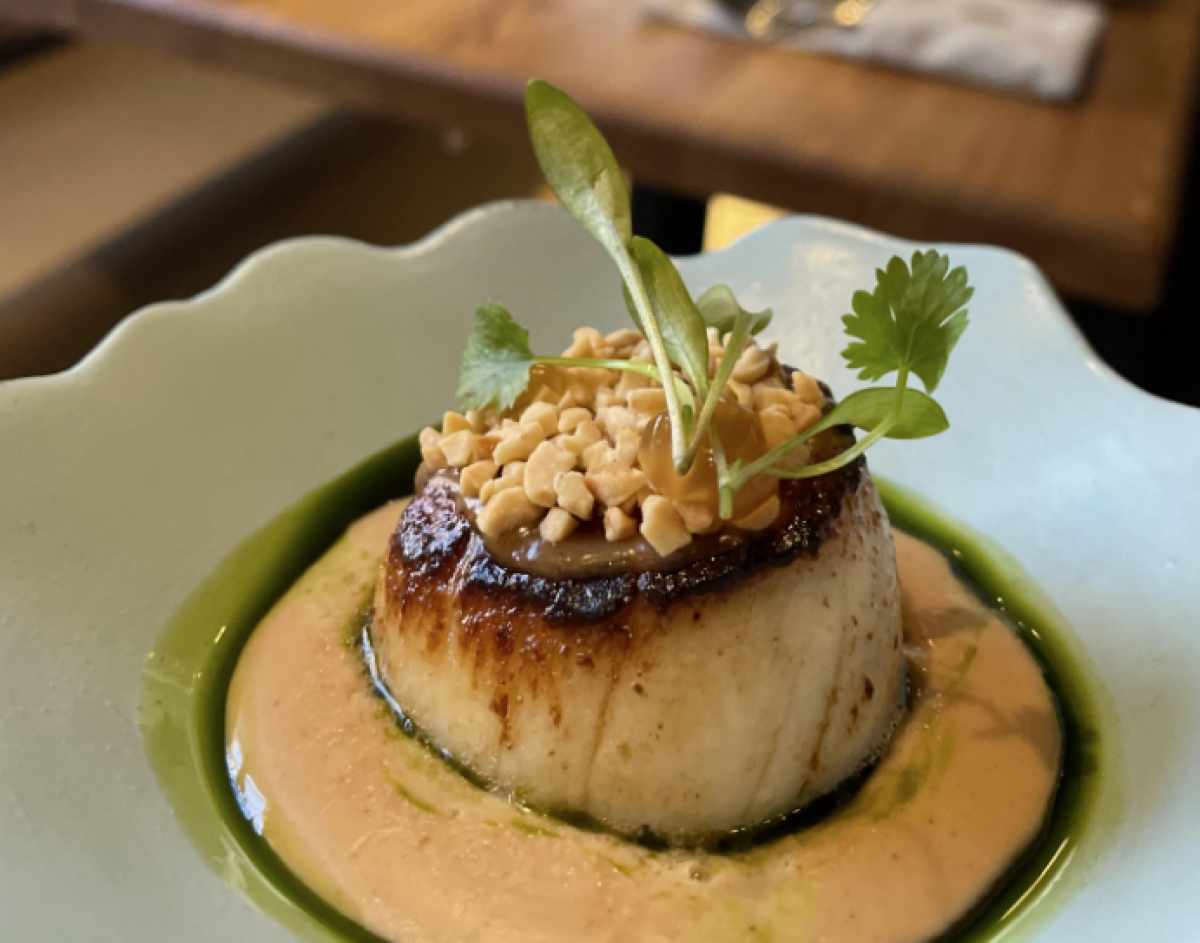 One day I'll live in Lichfield. Not while it's under the troglodytic tenure of mouth-breathing moral vacuum, Michael Fabricant, but one day. Slotting into the higher echelons of 'pull factors' is Upstairs, the newly Michelin-starred first floor restaurant on Bore Street. The problem with falling in love with a sommelier, I found, is that during the two and a half hours you're with them, you'll do whatever they suggest. So when Upstairs' cork dork, Alex, recommends, for example, a sparkling dessert wine with your pud, you immediately find yourself nodding and the bill can, erm, progress accordingly. I'm not complaining, though. Not even close. Not only were Alex and the rest of the young team (almost all of whom wield the greatest accent on Earth) the most engaging and warm front of house crew I can remember in years, but they knew their stuff — in particular how to make a good birthday meal and f*cking memorable one. Almost worth spending the last two birthdays on a Zoom call for. Chef Director, Tom Shepherd — whose CV includes Sous Chef to Michael Wignall at The Latymer, Development Chef at two-starred Restaurant Sat Bains and Head Chef at Brum's own Adam's — has a handshake that's strong like bull, but he also packs the most delicate of plating skills. He probably won't thank me, in fact, for using my own photo, which doesn't do his plate work justice, but I had to. This scallop and satay with coriander oil was, in a menu of rat packers, the Frank Sinatra. The shellfish was sizeable enough to treat yourself to big, Birthday Boy bites — three, four, five of them — before allowing the silky, delicately sweet scallop with its rich, buttery exterior to float, cocooned in your cheeks inside that satin satay sauce, then glugging it back with a bottle of Alex's outrageous Kallstadter Riesling, 2020 (£48). A coddled, creamy Burford brown — the king of eggs — comes with pea lettuce and hollandaise, a joy to burst and tumble across your fork, and then your tongue. It upstages a perfectly poached Atlantic cod, its parmesany crust too potent for my palette — maybe when I'm 43 I'll like cheese with fish. But no matter, the poached and smoked guinea fowl was a ten. Served with barbecued white asparagus, a zingy shitake mushroom ketchup, gratings of earthy oyster mushroom and an IPA jam (stick that on your croissant) the bird rests in a deep guinea fowl sauce and comes topped with hazelnuts. After a long stare into the plate, chewing slowly and effortlessly, day-dreaming, I raised my head only to see Alex on the other side of the room grinning, giving a double thumbs up. God, I love this place. Wiltshire lamb next, with sauce Robert (stop sniggering), barbecued spring onion and caramelised onion puree. The lamb was served pink, borderline red: just how I like it. A real blood and thunder dish, this one, packed with finesse but with a jus so deep you'll feel it in your shoes. The transition course is a Thai green curry, with coconut rice pudding, a mango salsa, mango sorbet (because you've got to have both), sweet Thai green curry foam, deep fried wild rice and coriander. It's about as mental as it sounds but earns its place on the menu as both a talking point and a preposterously good pudding segue. The dessert is a pastry éclair, topped with a savoury biscuit, filled with a caramelia ganache, banana crème diplomat, Pedro Ximenez gel and almond crumb granola, with banana ice cream and caramel. It's a cacophony of flavours and textures, like Wagner in Wonka's factory, but none too sweet, all so exquisitely balanced. I momentarily forgot myself and began eating mine like a hot dog. Perhaps the best thing about Upstairs is that every member of staff would have seen that as the highest compliment. Menu