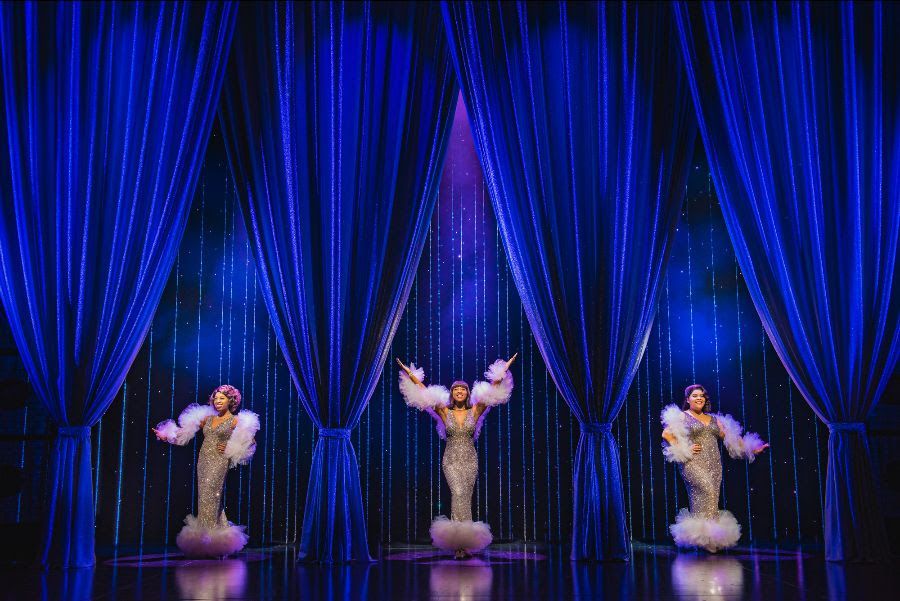 Nigh on 20 years we’ve been hearing an annual rendition of ‘And I am teeeeelling you’ via various TV talent shows. If you didn’t know, that bona fide banger is from the musical Dreamgirls, which later became the movie starring Jennifer Hudson and Beyoncé. Now on its first national UK tour, in a quaint, full-circle twist, Hudson’s character, Effie is played by The Voice 2019 finalist, Nicole Raquel Dennis, who performed the song alongside her show mentor, the very same Jennifer Hudson. It’s a small world, showbusiness.

Dreamgirls will arrive at The Alexandra for a month-long run from Tuesday December 6 until Saturday December 31. Quite a way to see out the year, if you fancy it. 42 years on from opening on Broadway, this production hasn’t ceased with its top-notch musical offering, glamour and sparkle (in its 2016 West End debut, Swarovski offered up a million crystals for the costumes).

Directed and choreographed by Olivier and Tony Award winning Casey Nicholaw, who has produced as diverse productions as profanity-filled The Book of Mormon to Disney’s Aladdin, the story follows Deena, Effie and Lorrell throughout their career as an R&B girl group during the 1960s and 70s. Dealing with newfound fame and the realities of being black women in America – within the ruthless music industry and during a revolutionary time – they morph from talent competition winners, The Dreamettes, into The Dreams, and ride the rollercoaster world of showbusiness. The trio are signed to a black-owned record label, clearly inspired by Motown Records and their original sound of the era, including the talented girl groups like The Marvelettes and The Shirelles; so the musical numbers in this are some of the best around. Don't miss the chance to belt them out for yourself. Tickets from £13 to £68.