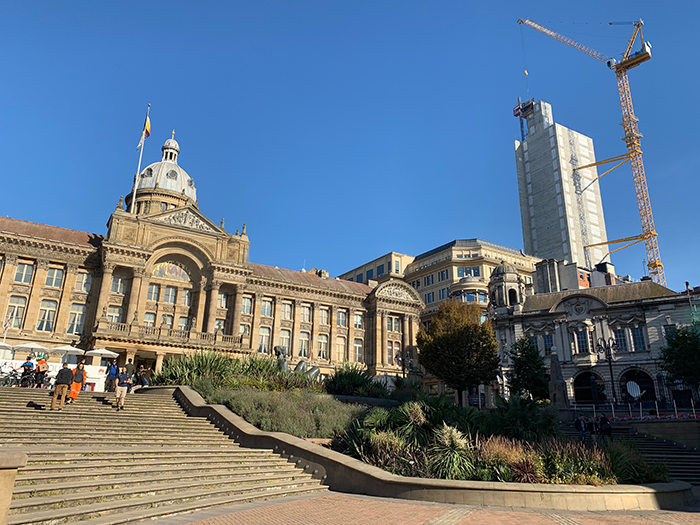 Funding secured to Fix the Floozie in the Jacuzzi

The Leader of Birmingham City Council has confirmed the renewal of The River fountain, more commonly known as the Floozie in the Jacuzzi, will go ahead after the German Market comes down.

In an email seen by I Choose Birmingham Ian Ward said: "The refurbishment of Victoria Square and the fountain is something that I believe to be important in terms of the quality of the public realm and the ongoing development and investment in the City Centre.  Therefore I am pleased to inform you that we have secured funding for the renewal of both the square and the fountain.  Work will begin in the New Year once the German Market stalls are removed."

The Floozie hasn't flowed since 2013 due to a recurring a water leak. It has been filled with soil and bedding plants for the last six years.

Designed by by Dhruva Mistry The Floozie was was completed in 1994, when the square was officially reopened by Diana, Princess of Wales.

Those of you that follow us on Twitter will known that we've campaigned hard for the Floozie to flow once more in increasingly ludicrous manner - see below.

And if you've read this far you really should subscribe to our weekly email about the best things to do in Birmingham, below. It's free and it's really rather good...

Me: "Have you come to fix the Floozie?" pic.twitter.com/AXYzLM5cGK

Teach your kids about the Floozie in the Jacuzzi by filling their paddling pool with rocks and weeds, and making them stare at it for years

The Floozie giving up and leaving. pic.twitter.com/R3rejWL7NU

I would LOVE it... LOVE IT... if someone fixed the Floozie in the Jacuzzi. pic.twitter.com/cgY7yfVtvB

Genie: “you have three wishes”

Me: “I wish for a million more wishes!”

Me: “okay, just fix the floozie”